I ran for my second time in Burgess Park parkrun yesterday, joining 128 runners on a 5k around the London Borough of Southwark park. The park, which is bordered by Camberwell, Walworth, north Peckham and the Old Kent Road, is one of the largest in inner London. 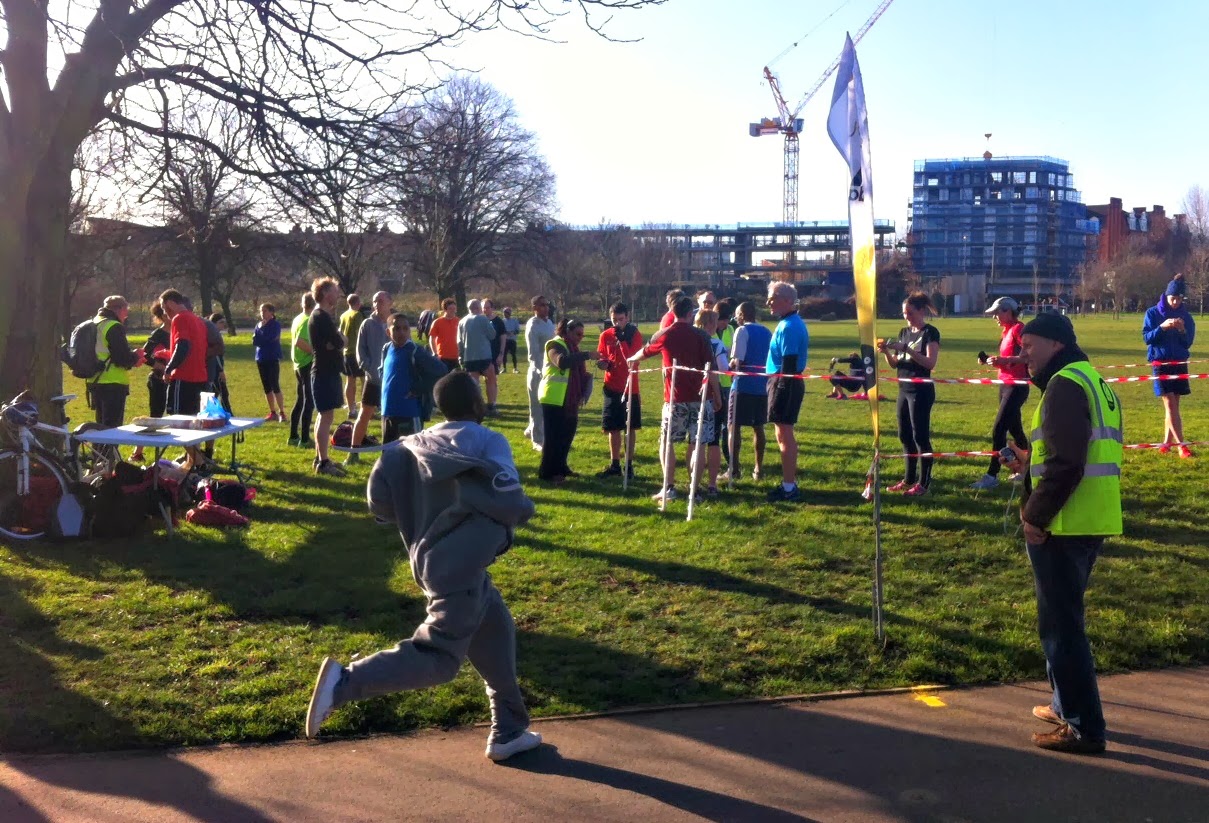 The course is flat and fast (I got a PB), on tarmac throughout, starting off with a long stretch that follows the line of the now vanished Grand Surrey Canal under the 'bridge to nowhere' (a relic of the canal period, it looks good but you can't actually get on it as the stairways are blocked). 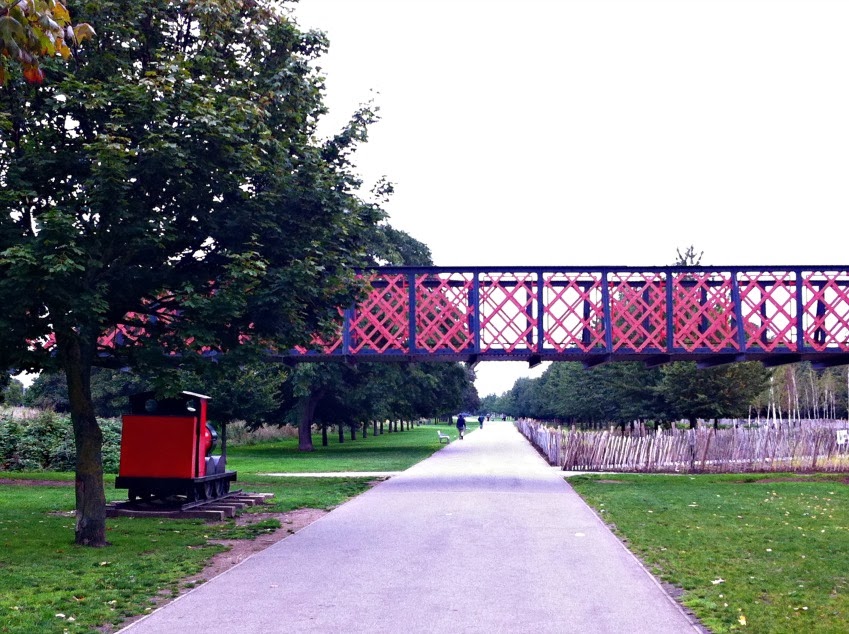 The parkrun route then features two circuits of the picturesque lake, with its swans, geese and ducks. before heading back to the finish. 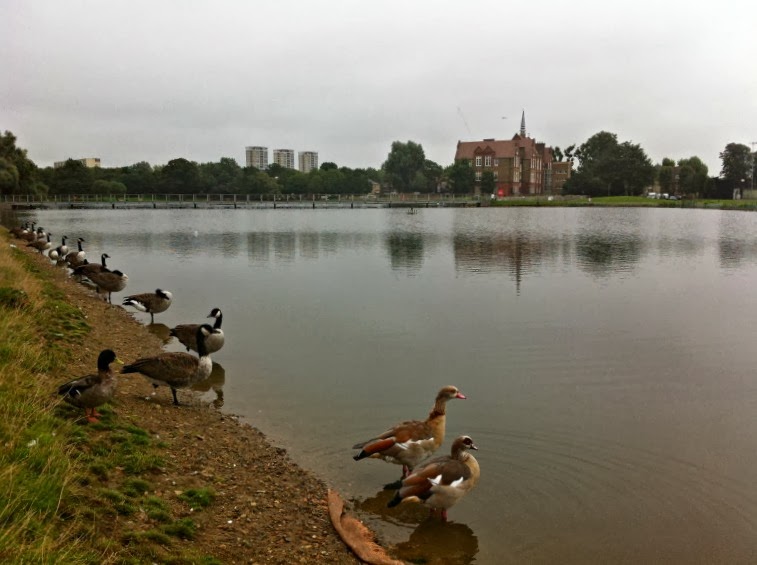 Unlike many London parks, Burgess Park is not a surviving patch of former country-side but a post-World War Two creation on land that was previously covered in dense housing and industrial sites - some of the rubble remains on site under the park's landscaped features. Laid out incrementally between the 1950s and 1980s, in the past few years it has undergone major renovation, with features including an expanded lake, a new children's play area and a BMX track.

I worked on a project on the neighbouring Aylesbury Estate in the early noughties and at the time a major concern was that the park was under-used by local people. There was even a proposal to drain the lake and build a secondary school there. Today the park is very busy, especially in the summer, with big groups of friends and families having barbeques and lots of informal football games. Oh and a 100+ people running round it every Saturday morning. As well as parkrun, Burgess Park sometimes hosts other running events - earlier this month for instance Southwark Schools Team Road Running Championships took place there. 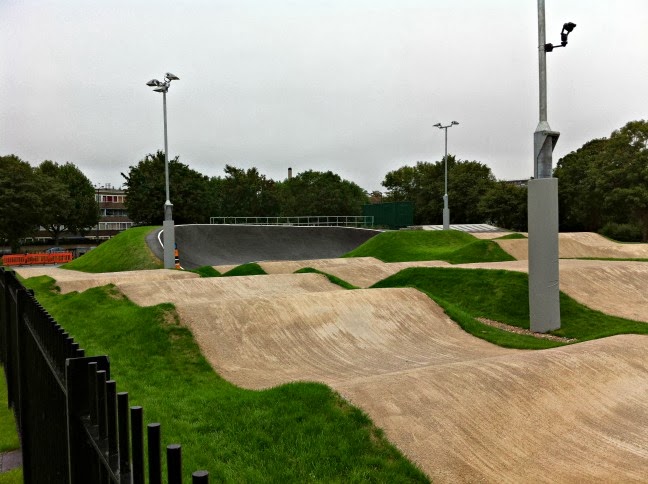 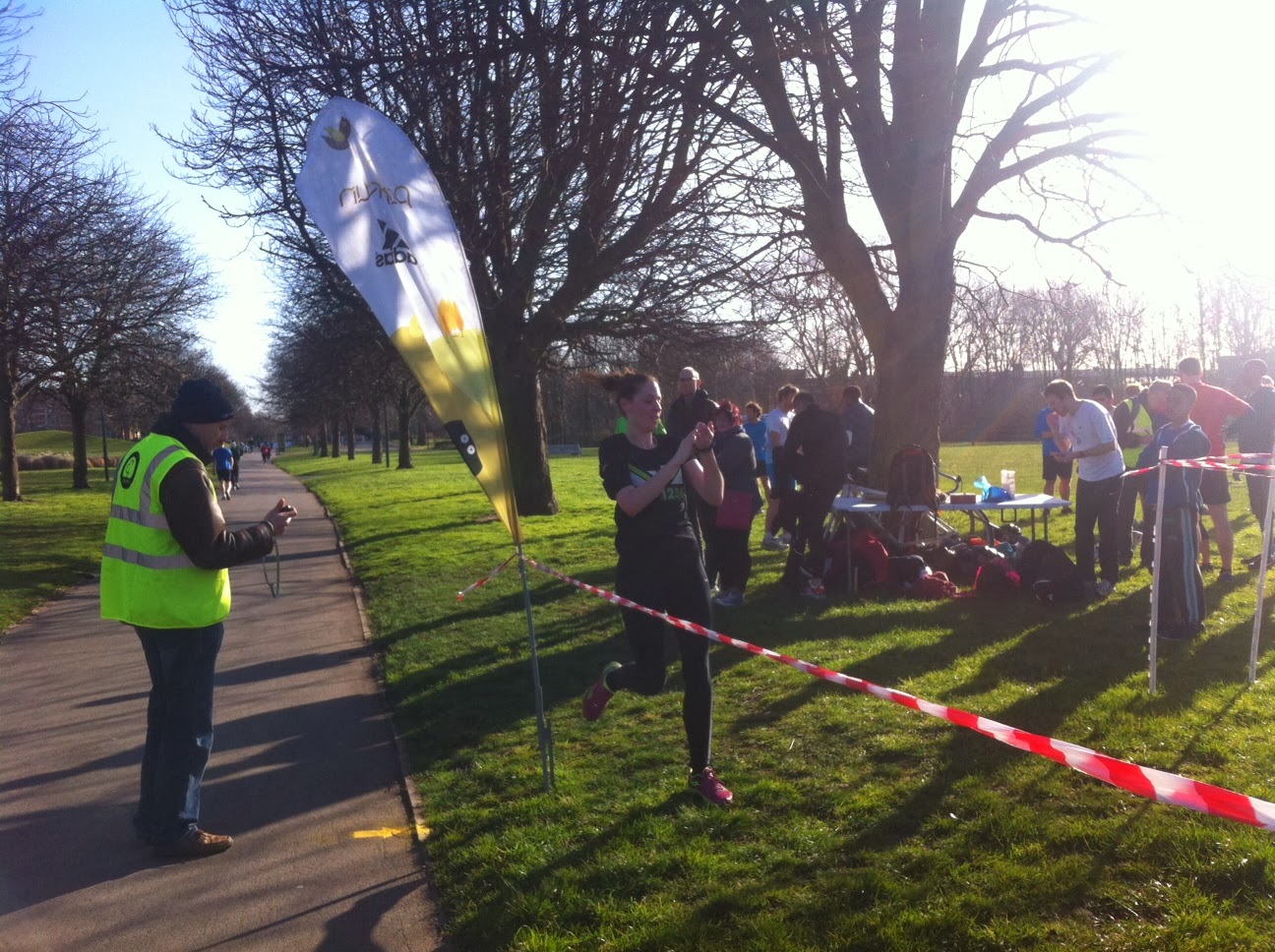 (photos of finish at Burgess parkrun taken February 22 2014, other photos of park taken in November 2013)