'Spinning Out', skating and safeguarding 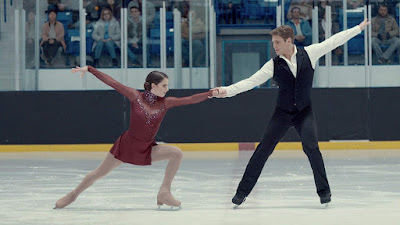 Really enjoyed 'Spinning Out', Netflix's new for 2020 figure skating drama. It has a great cast, including January Jones of Mad Men fame and Kaya Scodelario (who started out as Effie in Skins) -not to mention a cameo from Queer Eye's Jonathan Van Ness. Of course it also has lots of figure skating with one of the characters being played by actual ice skating Olympian Johnny Weir.


With its speed, athleticism and elegance, figure skating is one of the most awesome examples of the human body in motion. But as the fine theme song ('In the Water' by Joy Downer) observes, 'Everything I want comes at a cost'. Of course excellence in sport always involves sacrificing huge amounts of time and energy, made more complex in the case of 'Spinning Out' as both Kat (the main character) and her mother are living with bipolar disorder.

But at what point does support and encouragement of young athletes cross over into abuse? The sexual abuse of young people by coaches and other adults involved in sport is one thing, and figure skating has had its share of that - former US skater Ashley Wagner is one of those raising this issue. But there is also emotional abuse where children are shouted at, belittled and unduly pressured. 'Spinning Out' features examples of this, including one of the characters skating on through injury and intense pain to please her family.

This kind of abuse featured in some safeguarding training I took part in earlier this week. I am one of the club welfare officers for my club, Kent Athletic Club, and the Time to Listen training arranged by England Athletics focused on the safeguarding aspects of this role. A powerful element of this was watching a video produced by the Child Protection in Sport Unit of the National Society for the Prevention of Cruelty to Children. Entitled 'My magic sports kit', the premise is that people make allowances for children in everyday life but once they put on their sports kits to compete they can be subject to unfair or even abusive adult expectations and treatment. Check it out (and check out 'Spinning Out' too if you haven't seen it yet)