I was in Bristol last weekend for the first time as an adult. I was planning to join the local Ashton Court parkrun, but as I woke up early on the sunny summer solstice morning I decided to do a longer run instead to explore the city. I like walking around cities, but nothing beats running when you're trying to get to know an area, if only because you get to cover more ground (but still at a pace where you can take it in, unlike driving).

Bristol is a compact city with very different areas in close proximity - in the space of a seven mile run I took in woodland, riverside, industrial architecture, grand university buildings, city centre shops, and urban graffiti (oh and lots of hills!). Bristol has a rich and contested history of docks, slave trading, music, rebellion and more and it was interesting to pass through some of the areas linked to these.

Starting from Clifton, I crossed the famous Clifton suspension bridge, and then ran down through Leigh Woods and along the River Avon/New Cut (including the 'Chocolate Path', so called because the tiles look like chocolate bars), cutting back in to the Floating Harbour and the remains of the docks, before heading up through Stokes Croft and St Pauls and back round by the hospital and university.


All very nice - but I'm afraid I didn't spot the 'Bristol Crocodile'. A few days after my run Tamara Bianco, another runner taking a similar route by the Clifton suspension bridge, took a photo of what she thought was a crocodile in the river - the latest in a number of unlikely but possible sightings. So if you are running in that area, look out!

Friday photos (12): Running with Madonna: 'Those who run seem to have all the fun'

Madonna's been running regularly since the 1980s, not sure whether she's ever taken part in a race but she's often been photographed out and about with an assortment of personal trainers and bodyguards.

Most of these photos were taken around 1987 when she carried off some great running outfits: 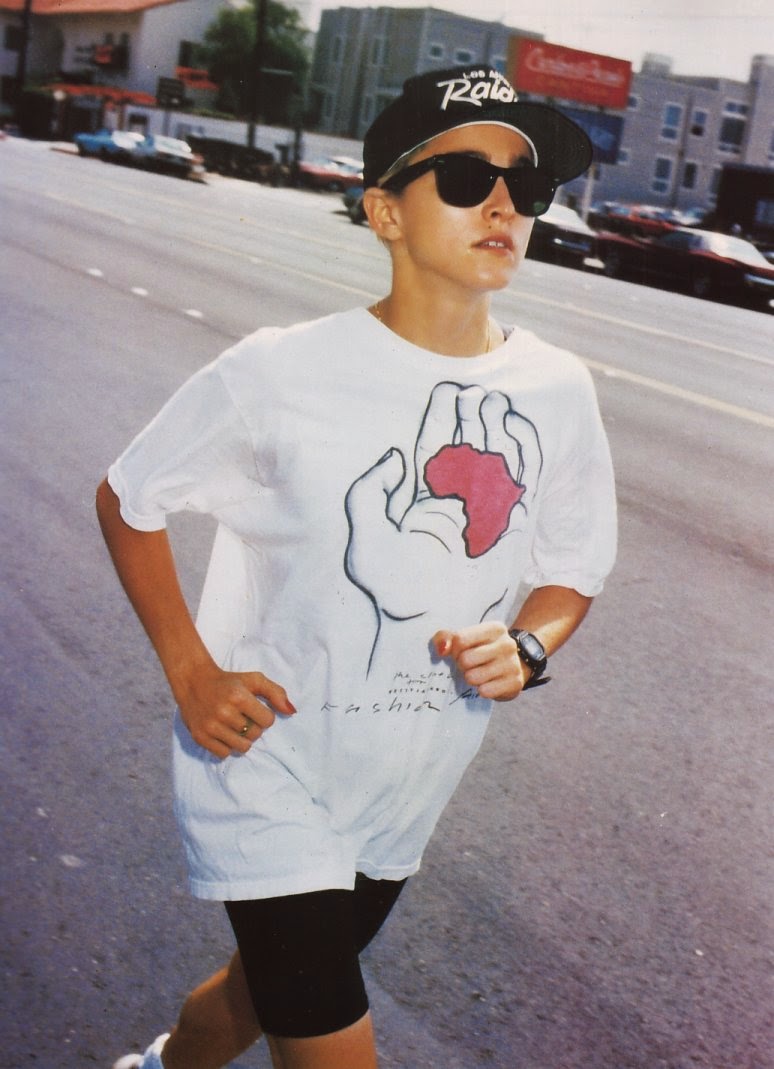 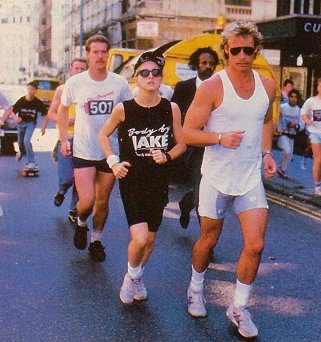 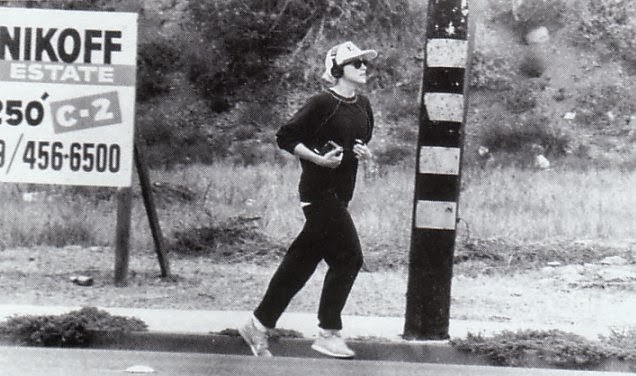 Boy George said recently: “As for Madonna, I always used to laugh at her running. And now I run! I get why she always ran. I wish I'd run when she did.”

Madonna's Hung Up includes the great line 'those who run seem to have all the fun'. She has also written and recorded a song called 'Run'. I don't think it's ever been released but you can find demo versions of it online - the lyrics include: