Well by secret, I mean you're not really supposed to be there, though for ages it has been an open secret to those living nearby that the grounds of the Nunhead Reservoir site have been readily accessible from gaps in the fencing surrounding it. It's become a place for people to walk their dogs, to admire the great views of the London skyline, or in the case of local teenagers banished from pubs by draconian security, to hang out with their friends. 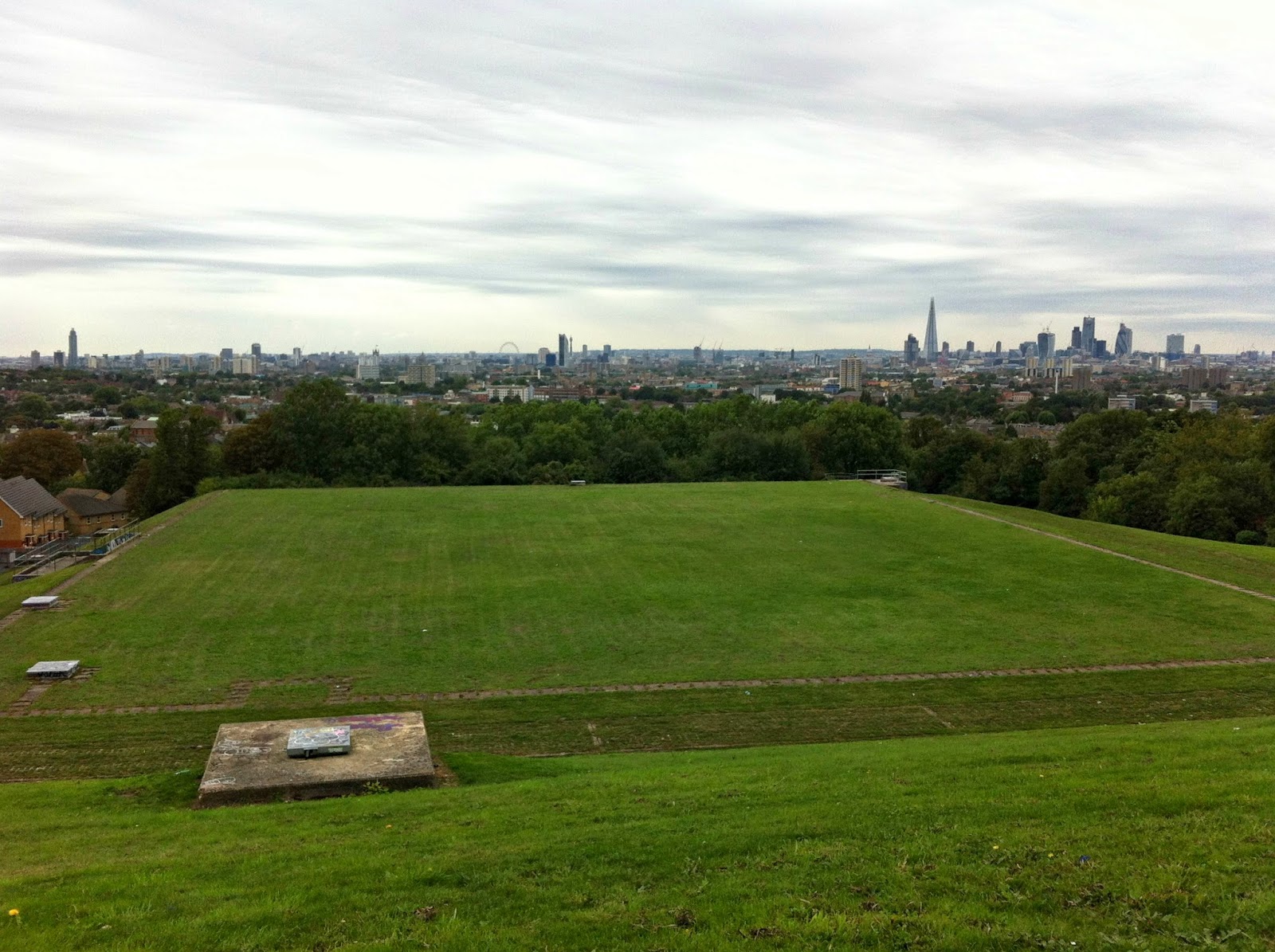 It's also been a good place for a sneaky run. It is separated from Nunhead Cemetery by the runners favourite, Brockley footpath, and from there it's been a short climb up a grass bank to the first of the two (more or less) square, flat surfaces of the grassed-over reservoir (built by the
Southwark and Vauxhall Water Company in 1855). 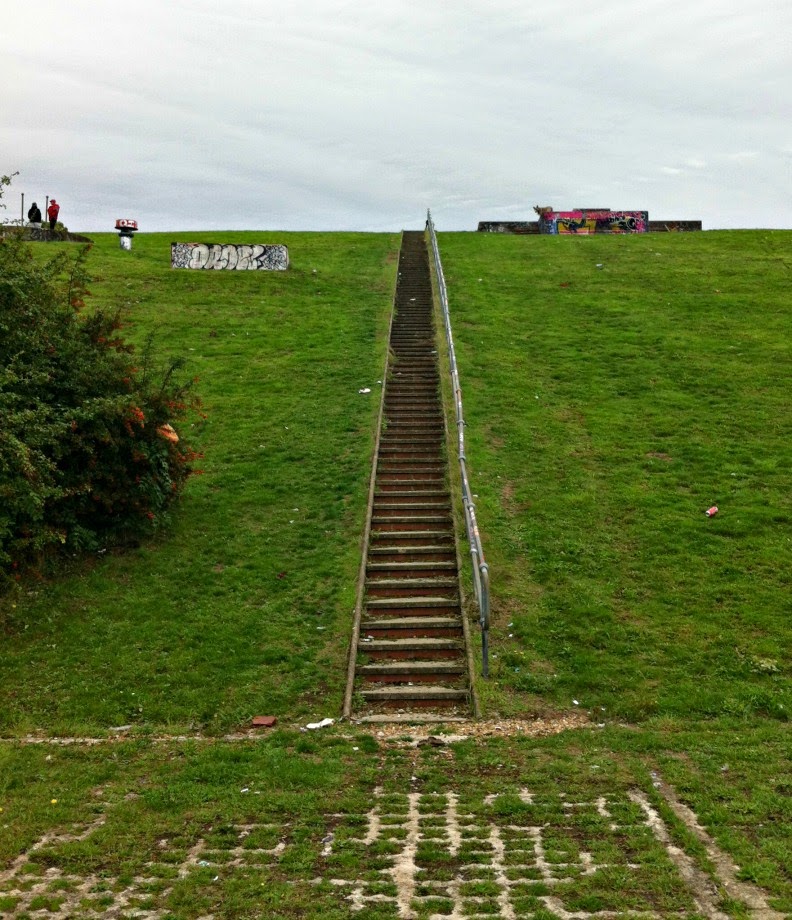 You can run a lap of the bottom square, then run up the stairs on the bank separating it from the second square, and do a further lap there.  The whole circuit - round both squares and up and down the stairs is about 670m, but doing multiple laps is quite a challenging training run with the flats interspersed with the steps. 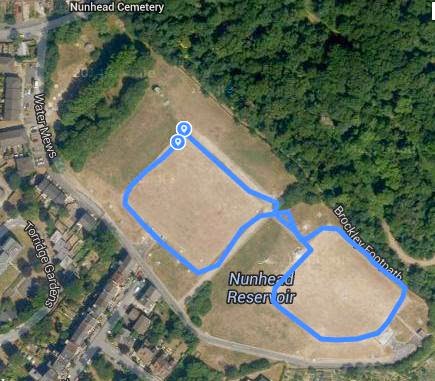 A new, high, wire mesh fence is being installed around the site now, so the 'secret' is out (hence I guess it's no longer giving anything away to write about it). It looks like running, walking and sightseeing are off the agenda there for now - at least until the next portal miraculously appears. 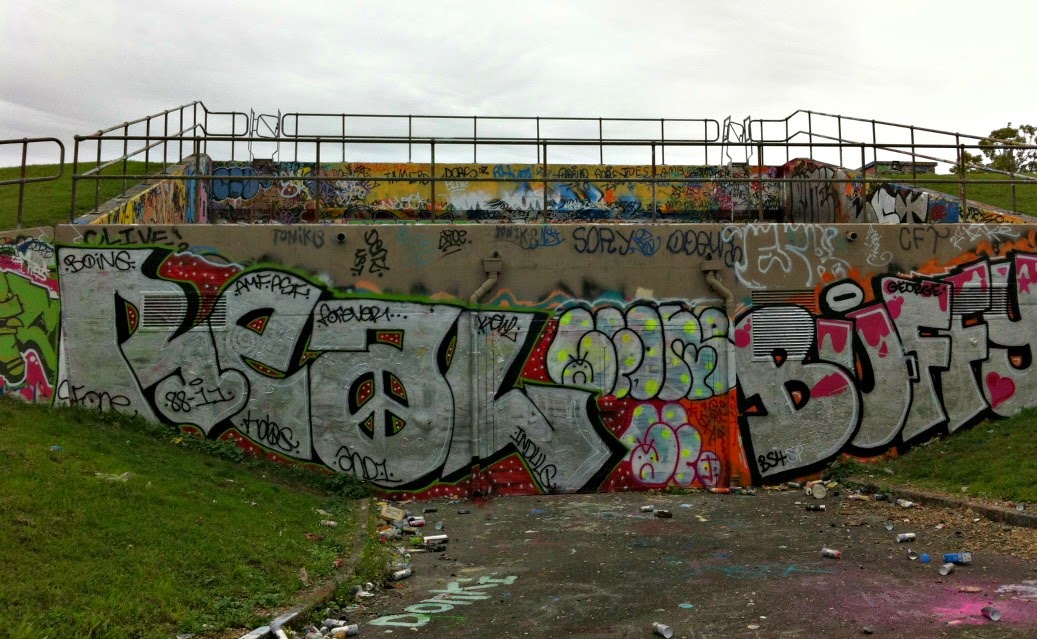