In search of the River Clyde

So you turn up somewhere new, and the first thing you do is look on a map to find a good run. And hey it looks like one of the great rivers of the world is really close so that's sorted. But then you try and find it and it's not quite so simple...

Last week I was in Glasgow staying for the first time at the Glasgow East/Black Bear Premier Inn, close to the Daldowie crematorium where I was attending a family funeral. On Google Maps the mighty River Clyde was shown just a short distance away - central to Glasgow's history as the home of its shipbuilding industry and on whose banks my father once worked as an apprentice at the Alexander Stephens shipyard. My idea of a perfect place to run, but the roads had other ideas. A lot of hotels like this are built for obvious reasons close to major roads, in this case handily located at the junction of the M73 and M74 motorways, not to mention the busy A721. And getting to the river from the hotel meant negotiating these pedestrian-tormenting highways. 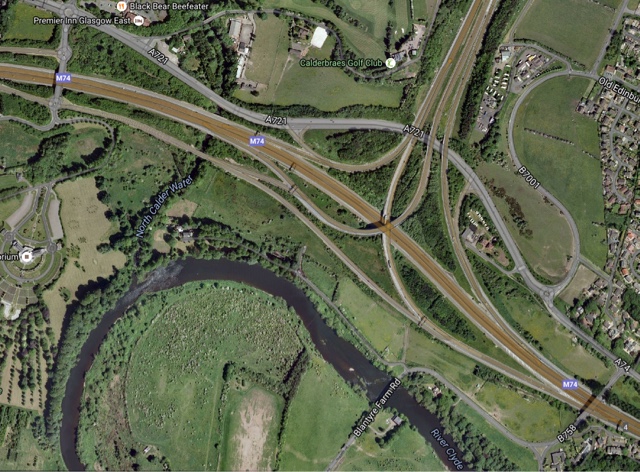 My first effort, involving running across Motorway slip roads, got me as far as the North Calder Water, a smaller river  that flows into the Clyde at Daldowie. Every route through to the Clyde itself seemed to be blocked by a motorway, a fence or a quarry.


The next day I did find a way through, for the sake of any runners staying there in future, here's a short description of the route: come down from hotel to the main road (A721) and turn left. Follow main road as it passes under the M73, go past a small roundabout, and then take the first road to the right - Blantyre Farm Road. Keep on this road as it passes over the M74 and then sweeps round to the right to a bridge over the Clyde.


﻿
On the far side of the bridge over the river you can clamber down a steep bank on the right. Take care - if you lose your footing you may crash into a barbed wire fence at the bottom, though there is a stile to get you over the fence. 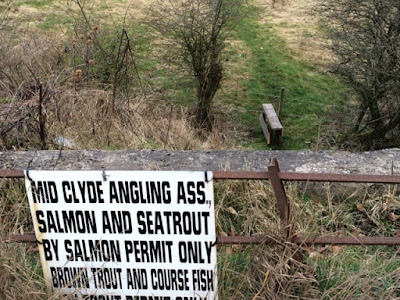 Then you can run right next to the river along an uneven but runnable sandy path. How far you can go depends on how high the river is- I was able to keep going for about half a mile, so the whole run from hotel to end of path along Clyde and back was about 3.7 miles (see run on strava). If I'd had more time to explore I might have found a way through to run further along the river. It's a great stretch of the river here, as it heads from the countryside into the city.

I was in Glasgow for the funeral of my Auntie, Jessie Campbell Mitchell (1933-2016). She died recently in the Glasgow Royal Infirmary, and I was glad that I got to visit her there a few weeks ago. Like my dad, she was born on Islay, and as the Minister mentioned in the service (at St. Andrews Church, Bailleston) she didn't speak English until she started school as my grandparents spoke Gaelic at home. Moving to Glasgow, she worked at the United Biscuits factory and then later at Wills cigarette factory - I remember once going to some kind of works sports day for children at one of these places, not sure if I did any running though, think it was sack races and the like!

On family holidays we would invariably stay with her in Glasgow on our way to Islay. She lived in Easterhouse, and later in Bailleston. The former I remember as being quite grey, but on returning last week I realized just how close it is to the countryside (and some of the greyer tenement blocks have now been demolished). There are several small lochs nearby which we would sometimes walk round, but I didn't remember them being so near to what was one of the city's biggest housing estates.

Me and my son went for a wander last week at Bishop Loch, overlooked by the old Gartloch Hospital buildings and surrounded by marshland.  With a bit of running I did find a pathway through the woods down to the loch side.

Posted by Neil Gordon-Orr at 08:03 No comments: 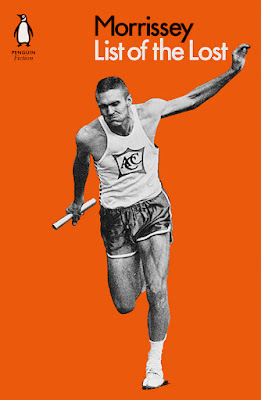 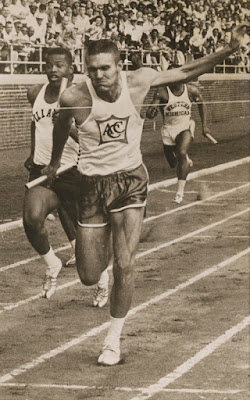