I completed my second London marathon yesterday and was pleased enough to take 17 minutes off my 2015 time/PB (strava run). It was tough though in parts and I slowed down from miles 16 onwards. The big London crowds, seeing your friends and family cheering you on, watching Kenenisa Bekele go cruising by in the opposite direction and knowing that there are 50 other members of your running club out there somewhere all helps with motivation earlier on. As a South Londoner so does running the first half of the course on the home streets of our very own tri-boroughs of Greenwich, Lewisham and Southwark. 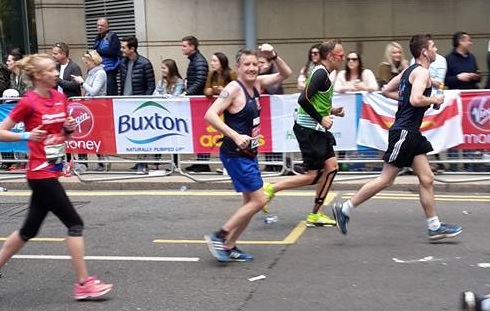 But there comes a point when all of this fades away, it is just you willing yourself to continue at as close to your target pace as your legs will allow you. In this long-distance dark night of the sole everybody probably wonders sometimes, 'why am I doing this'?

This is something the philosopher Mark Rowlands explores in his book 'Running with the Pack' (Granta, 2013) where he draws on the insights of philosophers such as Descartes, Hume and Sartre to explore the meaning of running (actually his favourite is Heidegger, sorry I find it hard to get over his anti-semitism and support for the Nazis, even if Rowlands manages to utilise him to make some interesting points).

After running a particularly painful Marathon in Miami, Rowlands muses:

'What was the point of these last few hours, these 26 miles and 385 yards? Was it really worth it? That is the beauty of it – there was no point. It is in the places where points and purposes of life stop that you find things that are 'worth it'. We live in a utilitarian age where we tend to think of the value of everything as a function of its purpose. The defining question of our age is: 'what is it good for?' And to say that something is good for nothing is equivalent to saying that is worthless... If something is worth doing in life it must be for the sake of something else. If running is worth doing – whether it is a marathon or a gentle jog around the block – it must be worth doing because of the health it promotes, the sense of satisfaction or self-worth it engenders, the stress it relieves, the social opportunities it affords. If an activity is valuable at all, it must be useful for something'. 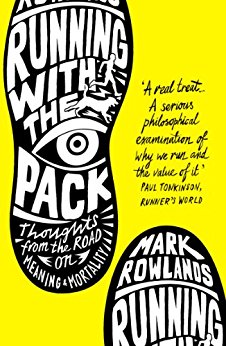 Against this, Rowlands argues that 'running has an entirely different sort of value', an 'intrinsic value... that is valuable for what it is in itself, and not because of anything else it might allow one to get or possess':

'If we want to find value in life, something that might be a candidate for life's meaning or one of its meanings - then we must look to things that have no purpose. Put another way: it is a necessary condition of something being truly important in life that it have no purpose outside itself – that it be useless for anything else. Worthlessness – in this sense - is a necessary condition of real value...  The purpose and value of running is intrinsic to it. The purpose and value of running is simply to run. Running is one of the places in life where the points or purposes stop. As such, running is one of the things that can make life 'worth the trouble''. 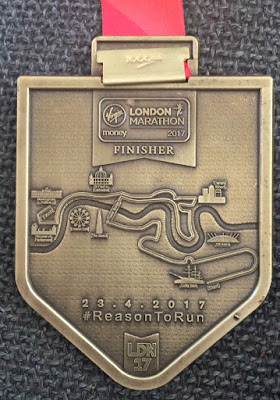 For the 2017 London Marathon organisers put out a call for runners to give their reason for running: 'We know every single runner has a unique #ReasonToRun the world’s greatest marathon,” said Hugh Brasher, Event Director. “Whether it’s to set a PB, to raise money for a cause, to remember a loved one, to break a Guinness World Record, to win, to remain an Ever Present, to qualify for Great Britain or just because it’s always been a dream to run the London Marathon – the reasons are endless and we would love to hear them.” This is all good, but maybe at the base of it is the fact that we run in order to run, while we can.

And once we have started a race we carry on running because no reason can stop us - something that Rowlands elaborates on with reference to Jean-Paul Sartre - 'When I understood that no reason could ever make me stop, what I experienced was joy... To run on in freedom - to run in the freedom of the gap between reasons and actions - is one of the intrinsically valuable ways of being in the world. To run in this freedom is to run in joy'.  Not sure I felt particularly joyful at mile 16 yesterday, but in this sense we exercise our freedom by choosing to keep pushing on and not to listen to all the reasons swimming around our heads to take it easy and settle for less than we can achieve.

Oh and we also run to get the t-shirt and  medal of course! 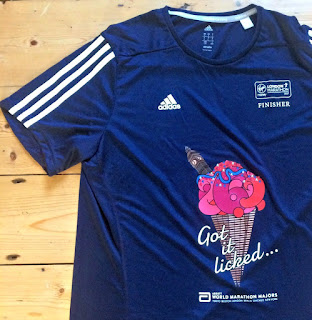 Proud of my club Kent AC, 51 finishers and I think top three positions in both the men's and women's club competitions within the marathon (based on cumulative times of first three finishers from each club in the race). But beyond that each performance had a story, whether it be PBs, first marathons or just getting round despite injury. For all a back story of hundreds of miles of training since the New Year, a collective effort in groups not only running together but sharing tips on nutrition, tactics and more. Deep in the run it may get to a point where we feel that we are each alone, but we are sustained not only by those immediately around us but all those on the journey to the start line. My number one tip to improve your marathon time would be... join a running club. And if you're in South London, come join our club!

(nice piece here from Kent's Russell Bentley on his London Marathon - a reminder that even 2:22 finishers sometimes have to stop by the side of the road and to 'run the mile you are in')
Posted by Neil Gordon-Orr at 10:31