Muhammad Ali was of course a great boxer rather than a runner, but running (or 'roadwork' as boxers sometimes term it) was a huge part of his training. Hence lots of photos of him running. There is a great quote that is often attributed to him online: “The fight is won or lost far away from witnesses-behind the lines, in the gym, and out there on the road, long before I dance under those lights". Unfortunately I haven't been able to find the original source of this - I hope it's not another of those endless circulating internet myths - but it tells a truth about training for any sport. 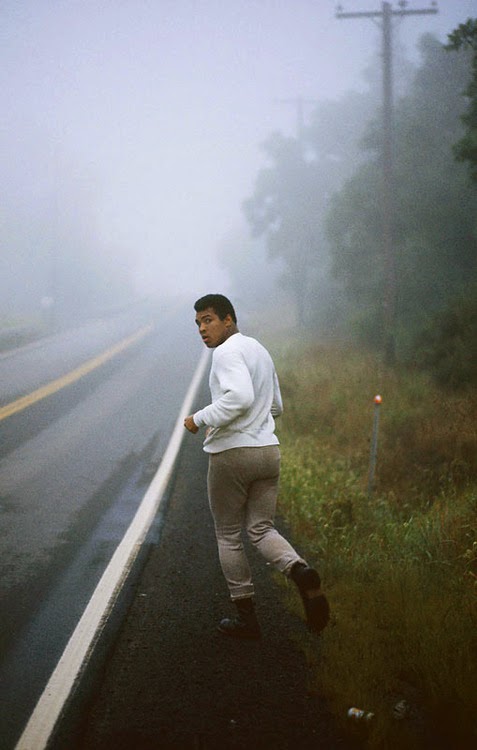 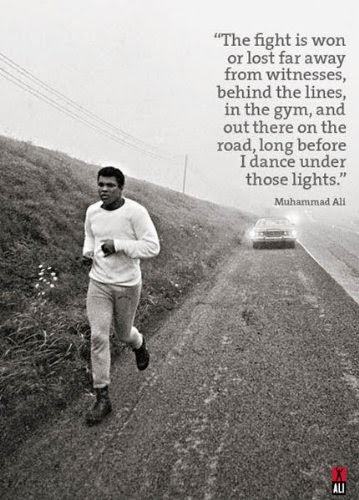