Previously in this series we featured 'The Runner' by the Three Degrees, produced in 1979 by Giorgio Moroder. Moroder was responsible for another slice of athletics action in 1984, with 'Reach Out', the 'track theme' for the 1984 Olympic Games in Los Angeles. It got to number one in the German charts.

The record sleeve for the 12" extended dance mix features an abstract design of athletes seemingly, well,  reaching out. The music is pure mid-1980s, cheesy synth sounds matched by power ballad lyrics (written by Moroder and sung by Paul Engemann): 'reach out for the medal...  reach out for the gold, Come play to win, never give in... You are standing on the edge of history,  So let the games begin,  may the best man win' etc etc. 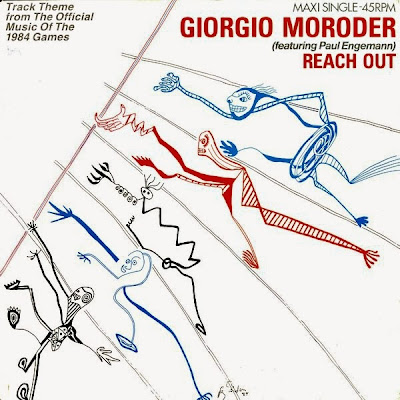 Of course the track featured on the 'Official Music of the 1984 Games' album (thanks to 80s Soundtracks for details). There was also theme tracks for other events, such as swimming, gymnastics and the marathon.

It was the fanfare commissioned from John Williams that was actually heard the most, his "Olympic Fanfare and Theme" being played at every medal ceremony in the 1984 Summer Olympics. 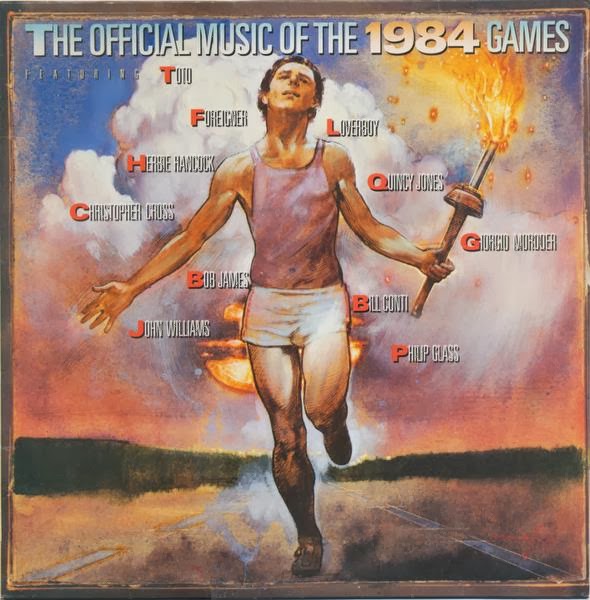