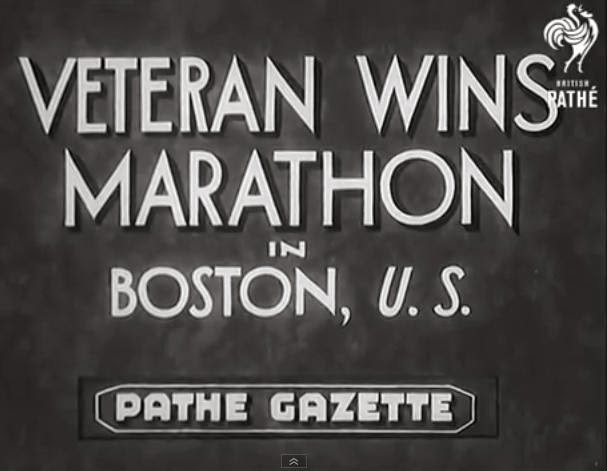 With 38 year old Meb Keflezighi winning today's Boston Marathon, here's some footage from British Pathe news of the 1938 Boston Marathon, won by Lesley Pawson: '33 years old, and referred to as a has been, comes through to win in 2 hours 35 minutes'. Les Pawson, from Pawtucket, Rhode Island, also won the Boston Marathon in 1933 and 1941. He died in 1992.