The Big Strand on the Isle of Islay is just what it says - a continous sandy beach stretching for six miles from Laggan to Kintra, with the sea on one side and sand dunes, then peat bog, on the other. 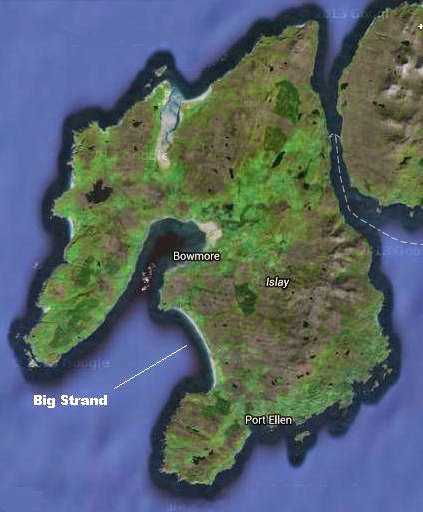 There are several places from where you can readily access the beach - from Kintra at its southern end, via Laggan Estate at its north (as explained at Islay Info), or by the airport. I did the latter - heading south on the main road from Bowmore to Port Ellen there's a track immediately before the airport on the right. If you go down to the end you come to grassy dunes and the beach beyond (if driving go slow, the surface is very uneven but passable).

I ran south (left) from this point, down to the end of the bay at Kintra and back - a 5 mile run. Apart from one dog walker I didn't see another soul until I got to Kintra where some children were playing on the beach by the campsite there. 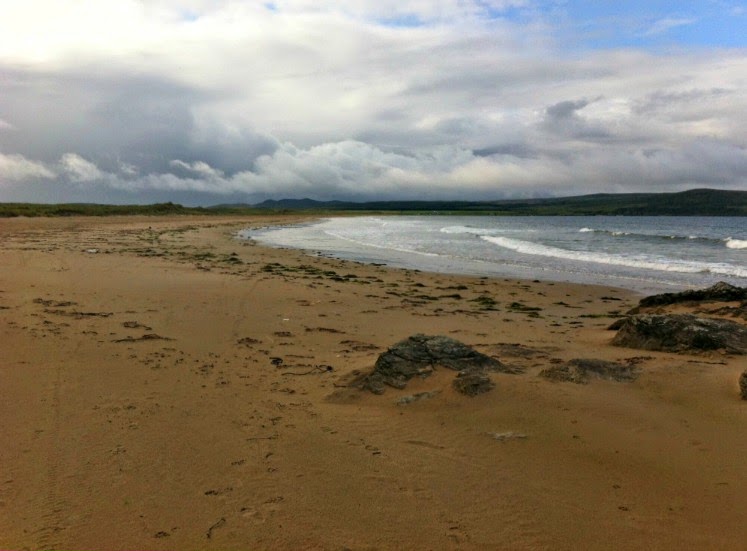 It's a great place for a beach run, with the sand generally fairly firm. There are a few points where shallow streams run in to sea, so you will need to get your feet wet  - I ran barefoot for a while.

There was one hazard I hadn't expected - being dive bombed by terns! Like other birds they nest on the shore and they clearly don't like you getting too near. None of them actually made physical contact with me, though they came close, but I did hear that a walker recently received a head cut from terns on that stretch. 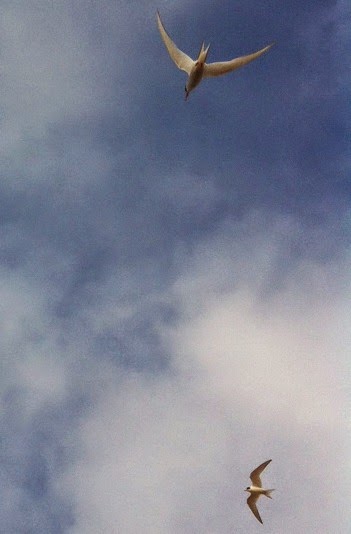 This house is at the southern end of the bay at Kintra. I think this is where my grandad Neil Orr was born in 1906. That's me and him at the bottom. 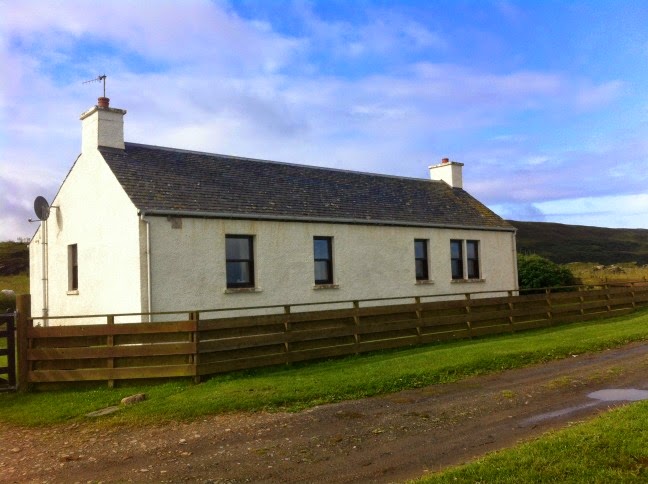