NZ women reclaim the streets after runner is killed 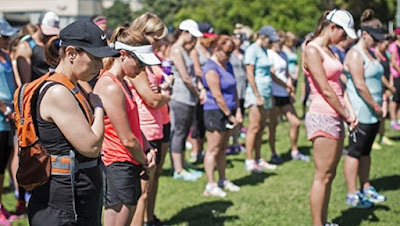 A couple of hundred women took part in a 5k run last Saturday in Auckland, New Zealand, following the recent murder of a woman out running in the city. The organisers of the Run for Her event declared it was 'about getting together a crew of girls to reclaim the streets of Auckland. Let's run in honor, let's run with freedom and run because running is a gift that should not be limited by barriers'. Further events are planned. 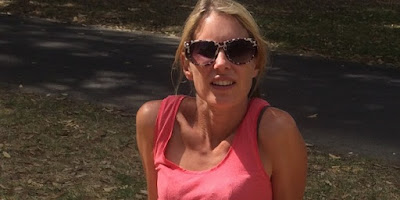 41-year-old Jo Pert was apparently stabbed to death while out running on January 7th. A man has been arrested in connection with her death. Jo, who leaves behind two children, had previously lived in London.

See 'We have a right to run on these streets – it's the rapists and murderers who are out of step' by Alice Peacock
Posted by Unknown at 22:04