The Art of Athletics (10): Hank Willis Thomas and Julian Opie at Frieze

The Frieze Art fair, held in a temporary marquee in London’s Regents Park every October, is like a contemporary art version of a Marathon expo. You start off like a kid in a toy shop– so many stalls, so much to see, all this stuff you really like under one roof. Then, after about an hour of wandering around, you feel hot, dehydrated, overstimulated and in desperate need of some fresh air. In between you can have a good time! There are some differences– for instance, at the Marathon expo there is no Deutsche bank wealth management lounge. Running is relatively cheap unless you get on the World Majors Marathon circuit, and it's not quite up there with the art market as an opportunity to recycle dubiously acquired cash.

Anyway there was plenty, in fact more than plenty of work of interest at this years Frieze. On the sporting front there was Hank Willis Thomas's Faith - a basketball balanced on praying hands. 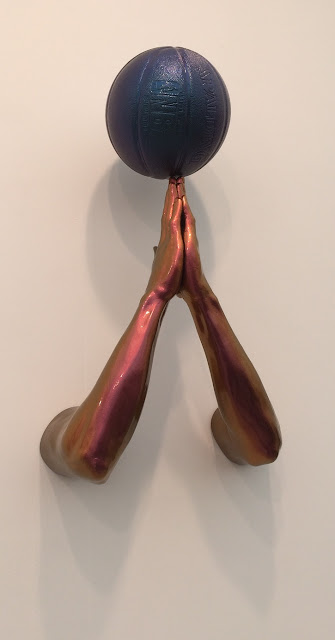 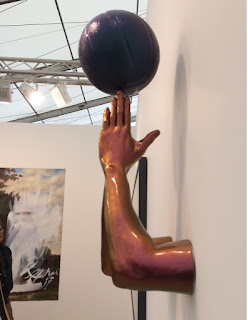 The American artist has previously made some challenging work drawing comparisons between the treatment of black athletes and slavery, including 'Strange Fruit' which shows a basketball player hanging as if lynched, and the self-explanatory 'basketball and chain' (2003). 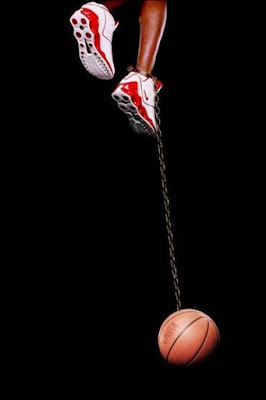 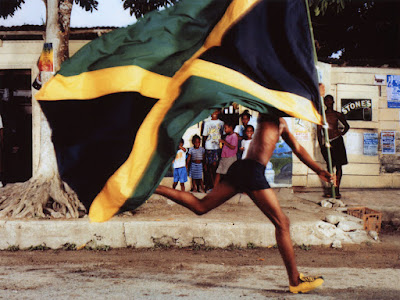 Julian Opie is probably best known outside of the art world for his images of Blur for the sleeve of the ''Best of' compilation album (2000). On display/sale at Frieze 2017 was his 'Soldier', a continuous digital animation of a woman running. 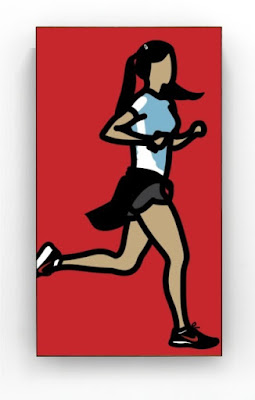 This is only one of a series of athletics-inspired work he has made. In fact this image featured in a whole running themed exhibition in Oslo in 2015. The titles 'Soldier', 'Doctor', 'Taxi Driver' presumably refer to the day jobs of the runners. All of which makes me think Opie may be a runner himself, though he's not on Power of 10!

Cory Arcangel's Three Stripes made a good photo background for anyone sporting Adidas, which as usual included me.  A critical reflection on brands or just more branded content? You decide! 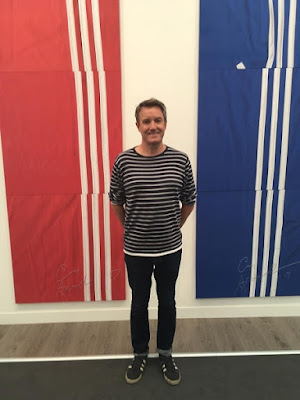