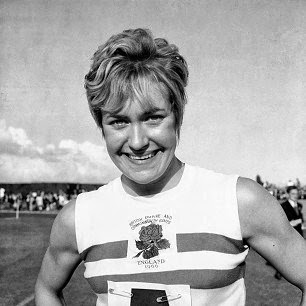 One of my earliest childhood sporting memories is the death of Lillian Board. A runner at 100m, 200m, 400m and 800m, she was only 19 when she won a silver medal running for Great Britain in the 400m in the 1968 Mexico Olympics.


The following year she won gold in the 800m at the European Athletics Championships in Athens (pictured below), and another gold as part of the world-record setting women's 4 x 400m relay team. 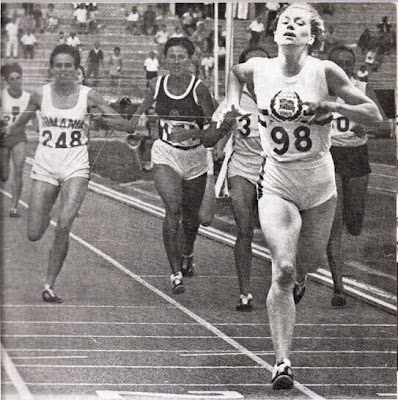 She was a massive star in Britain with a great career seemingly ahead of her, but sadly she died in December 1970 at the age of 22 from bowel cancer.

Lillian Board was featured on the BBC's Desert Island Discs in 1969. The songs she chose were:

Lots more about Lillian Board here

Previously in the Friday Photos Series: