Friday Photos (8): Why is the last mile the hardest mile? - Jim Peters Collapses in Vancouver 1954

'Why is the last mile the hardest mile? My throat was dry, with the sun in my eyes'
(The Smiths, Is it really so strange) 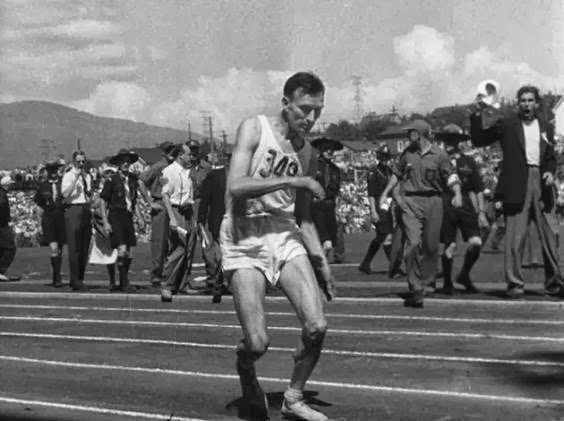 Hackney-born Jim Peters (1918-1999) was the fastest Marathon runner in the world for much of the early 1950s, breaking the world record four times in that decade. In 1953 he was the first runner to complete a marathon in  under 2 hours 20 minutes, setting the record in the Polytechnic Marathon from Windsor to Chiswick, West-London. He set a new record in the same race the following year, winning in 2 hours 17 minutes 39 seconds. 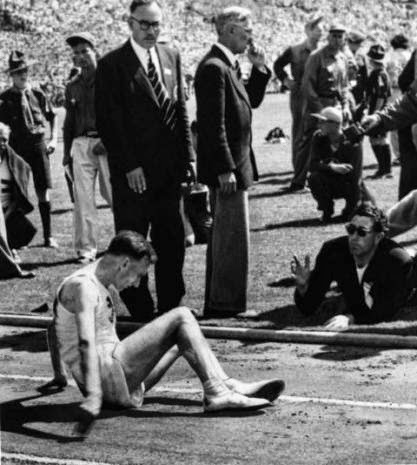 But probably his most famous race ended in a DNF. In the 1954 Empire Games in Vancouver, Peters entered the stadium 17 minutes ahead of the second place runner. But suffering from heat stroke and dehydration, Peters began to stagger and fall. He struggled on for 11 minutes, covering just 200 yards, before the team masseur intervened and called a stretcher. 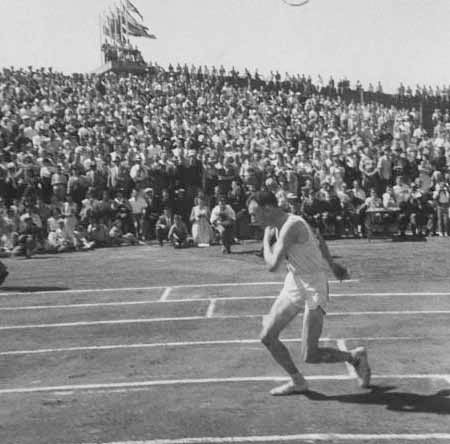 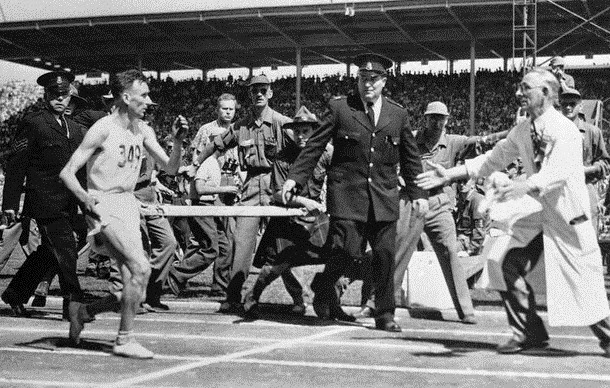 There is BBC footage of the Vancouver race; and Pathe News footage of his 1954 Marathon world record.