Bob Crow out for a run

Sad to hear of the untimely death this week of Bob Crow, General Secretary of the RMT (National Union of Rail, Maritime and Transport Workers).  Many have praised his efforts in defending jobs and conditions of workers on the London Underground and elsewhere, but for the purposes of this blog we will claim him as a runner. OK he may not have been a great athlete, but here's the proof of his membership of the global brother and sisterhood of pavement pounders  - out for a jog with his dog Castro (and wearing a Fire Brigades Union hat) 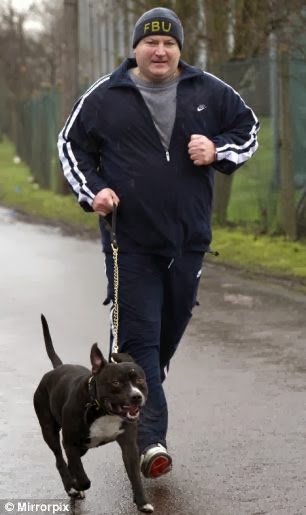 Nice quote put up in his memory by tube workers at Covent Garden station:
'Fear of death follows fear of life. A man who lives life fully is prepared to die at any time' (Mark Twain). 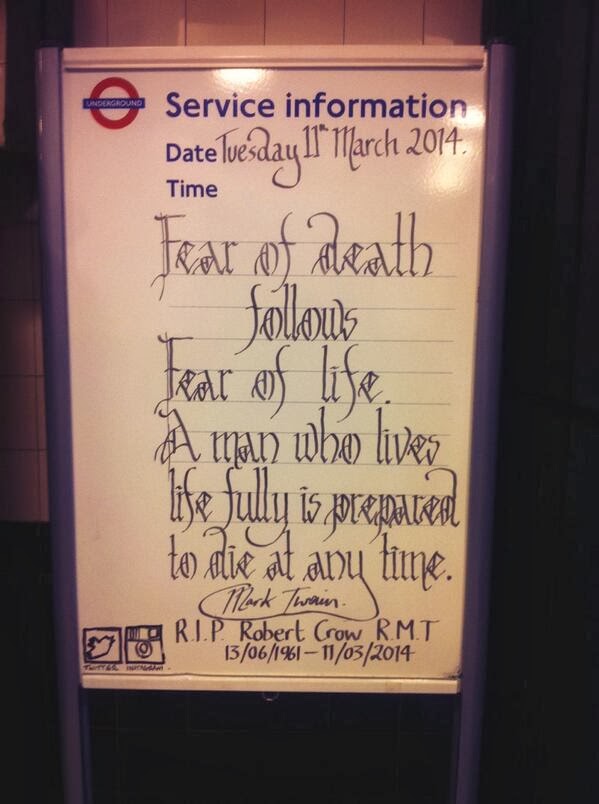 Posted by Transpontine at 19:48