I really enjoyed the Like the Wind party in London last week. The event at Blackall Gallery in Shoreditch was held to mark the 1st birthday of the magazine, and launch its 4th issue. There was beer, curry and good running chat.


When I first started this blog, I mused on twitter about whether anybody had thought about a running equivalent of high end cycling magazines like Rouleur. Of course there's lots of other running magazines - I love Athletics Weekly for its coverage of the sport side of running, and Runners World etc. cover all the fitness and kit angles. But there didn't seem to be anything that was focused on writing/photography/art about running. Someone soon told me about the plans for Like the Wind, launched by Simon Freeman and Jullie Freeman Kummer with the strapline 'it's not how we run, it's why we run'.

A year after its launch, the magazine is well loved and established, getting support and contributions from a range of runners, bloggers/writers and illustrators, including articles from US ultra-marathon legends Dean Karnazes and Scott Jurek.

I was proud to have an article and photographs published in the new issue, based on my run round the track last year at the wonderful Panathenaic Stadium in Athens, a site steeped in history as the place where the first modern Olympic Marathon finished in 1896. I won't say more because you can read the article! 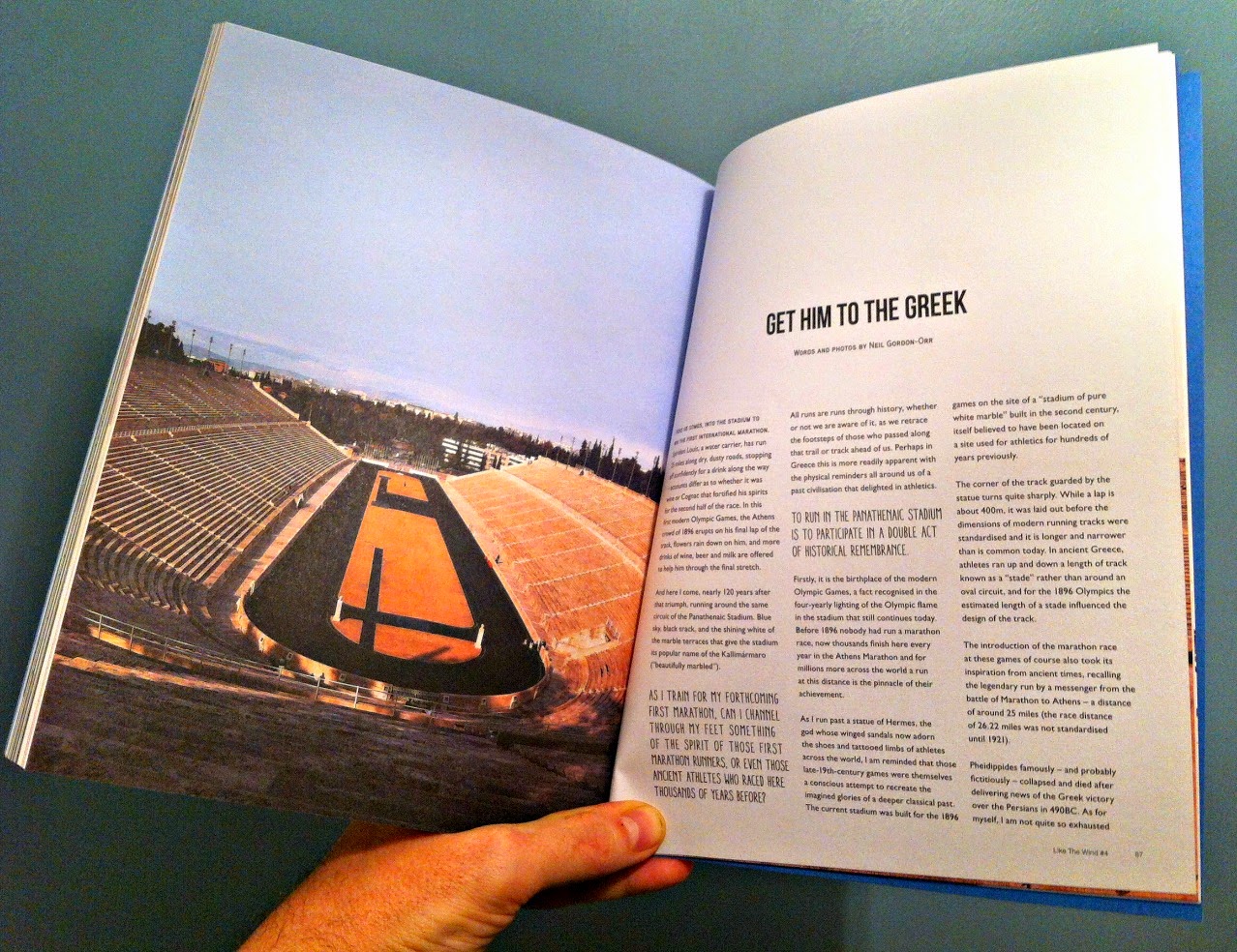 You can order copies of the magazine online, but there are a few specialist shops that stock it, including The Running Works in London.