The Isle of Islay landscape features numerous standing stones and other archaeological sites, many of them fairly inaccessible by car, so running can be a good way of seeing some of them if you like combining your exercise with some antiquarian sightseeing.
This short three mile run loop from Port Ellen takes in three standing stones, and indeed some other sites along the way.

I started in Port Ellen in Lennox Street near to the Primary School. Heading out of town towards  Lagavulin the second turning on the left is a one lane road that heads towards Kilbride farm


The first standing stone is in a field on the right, very close to the road and shortly after the junction. It is next to a mound. 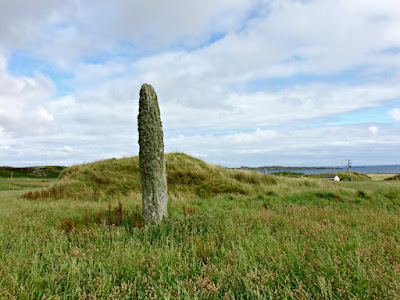 Shortly after this the map shows Cill Tobar Lasrach (church of the well of Lasrach), indicating the remains of an ancient chapel.
Further along the road crosses the Kilbride river and there are the remains of a more recent church nearby (Cill Bhride means Bride's church - presumably St Brigit of Ireland)
If you follow the road up to Kilbride farm, the second standing stone is visible in a field on the right. 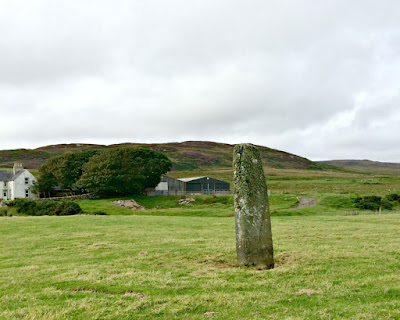 After visiting the stone, double back on yourself and head back along the road in the direction you came from. Shortly after the river there is a road/track heading off to the left. 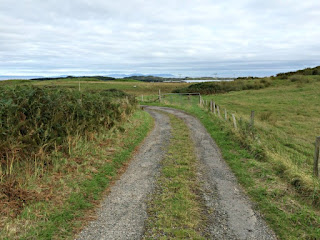 Just keep following this road and you will eventually come across the third stone in a field on the left - leaning as if it has been imbibing the produce of the nearby Laphroiag distillery. 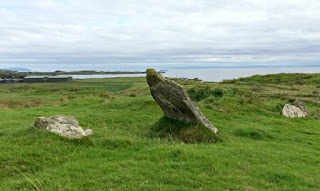 If you keep going the track rejoins the main Port Ellen to Lagavulin road opposite a small bay. Cross over and turn right and you can follow the recently-built path alongside the road back into Port Ellen. 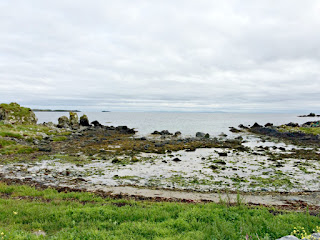