Ongoing injuries have forced me to really cut down on my running but on a recent trip to Cork city for  a family wedding I could not resist checking out a local parkrun.  Cork has a very well established running scene with lots of clubs as evidenced at the 'Running in Cork' blog. It is the home of many great athletes, perhaps most notably Sonia O'Sullivan who in the 1990s won a string of medals at Olympics, Worlds, and European Champs in the 3000m, 5000m and 10000m as well as winning world cross country champs on two occasions.
There are a number of parkruns in the Cork area but the most central is at Glen River park, about a mile north of the city centre. That's a mile of mostly steep ascent, so if your warm up routine involves running to the start line you might want to bear that in mind. 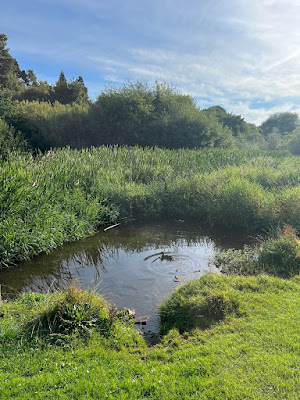 I accessed the park via the Glen Resource and Sports Centre (where there is car parking) though the way is not obvious - basically go down stairs at side of building and make your way around the all weather football pitches to a gate on to the park. Go down the hill to your left and you will find the parkrun start and finish point.

The park includes a section of the Glen River, more of a stream really (at least on my visit during a very hot summer) and the parkrun course runs mostly along its banks in the river valley - three times in fact along each side of the river within the park. However as an extra twist on two of the three laps there is also a fairly steep hill - straight up and straight back down again.

The course is mostly tarmac/gravel paths, with plenty of shade. 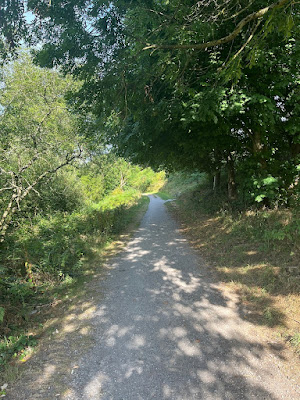 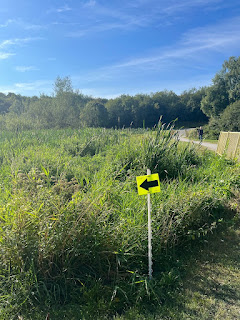 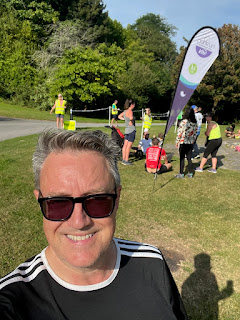