And lo it came to pass that in the depths of the dark midwinter, people came together and looked forward to brighter days to come. As the shortest day passed, they celebrated with their festivals of light, candles and new birth. Saturnalia, Solstice, Hanukkah, Christmas... they ate, drank, gave gifts, prayed and performed their various rituals. Oh and they ran around a muddy park in South London on Christmas morning!

81 people turned out yesterday morning for a special Christmas Day Hilly Fields 5k parkrun. Santa hats and the odd set of reindeer antlers were much in evidence (as they were on the 21st December for the last regular Saturday run before Christmas). 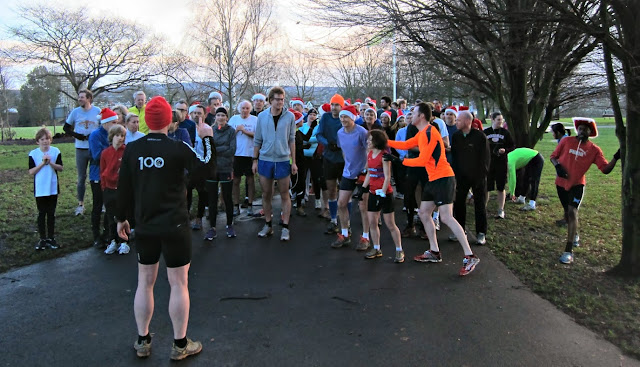 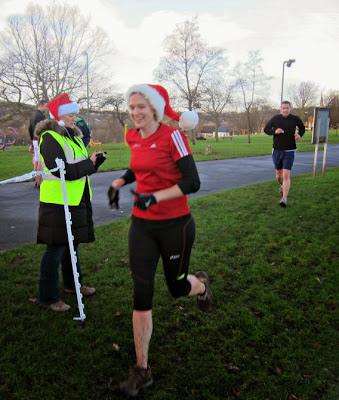 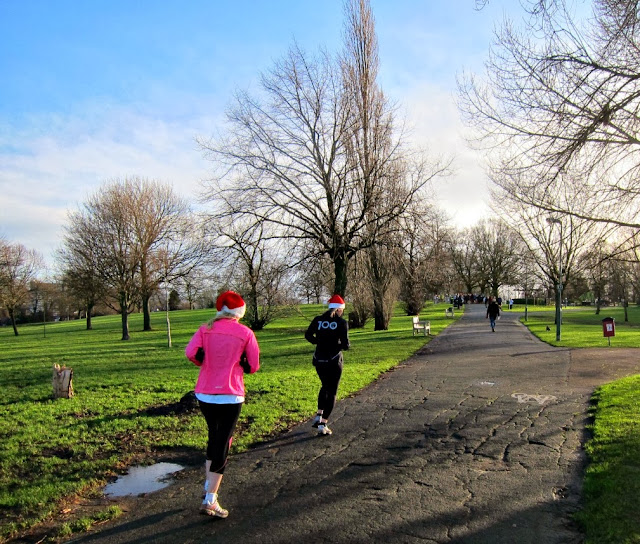 As discussed in previous post here about running and the history of Hilly Fields park, there is a modern stone circle there which runners pass as they struggle up one of the two main hills on this circuit. In the middle of it is a stone calendar slab/sundial which marks the Winter Solstice. No doubt if future archaeologists were to come across this they would wonder whether there was some ritual significance in people running round the park in a clockwise/sunwise direction at this time of year, turning from east to west like the sun in the vicinity of a solar temple!