People have speculated for many years about the 'Nazca lines', a series of prehistoric geometrical figures in the Peruvian desert. Images of them taken from airplanes have been used to support various theories, most famously the claim by Eric von Daniken that they were messages meant for alien spaceships! I much prefer the explanation arrived at by one G.A.von Breunig that they were actually running tracks (there's apparently a 1980 article of his entitled 'Nazca: a pre-Columbian Olympic site' though I haven't been able to track it down).

But what would space travellers or future archaeologists make of modern day running tracks? Thanks to Google Earth we can spend hours looking at satellite images of these mysterious ovals, overlaid with the strange markings of track and field. Here's a few examples I'm familiar with.

Icknield High School, Luton - I went to this school and remember running the 1500m around it. In fact I can still remember coming second with a time of 5:52 (quickly calculating that equates to about a 19:30 5k, about a minute faster than the taller, older me manages over that longer distance all these years later). The track is painted lines on grass, wonder how many times over the decades somebody has retraced the lines, and wonder too how many kids have run around it.  On this photograph you can make out the tiny dots of the runners, seemingly running a relay. Seems the picture was taken on the afternoon of Tuesday 30 June 2009, so if you had PE on that day it could be you! The overlapping oval of the cricket pitch can be seen too, with the wicket inside the running track.The marshy area at the top of the image was part of our cross country route:

Haberdashers Aske's playing fields, off St Asaphs Road,London SE4. My children had their primary school sports days there. Another grass track, with lots of other markings presumably related to javelin and shot put: 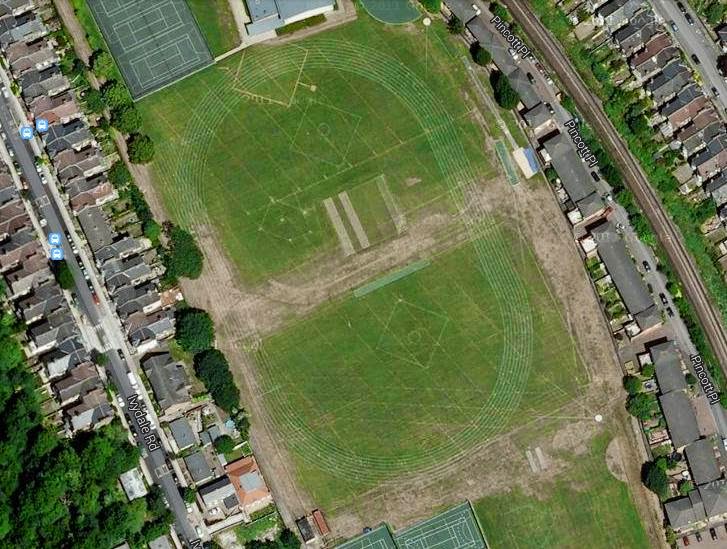 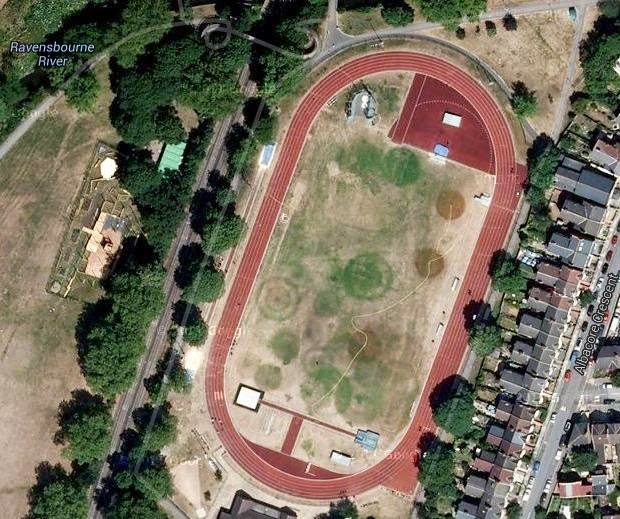 Southwark Park running track. The geometric design is some kind of temporary cover, the facility being currently  in poor condition and hardly used. Good news is that Southwark Council agreed last month to spend £2.6m to refurbish it: 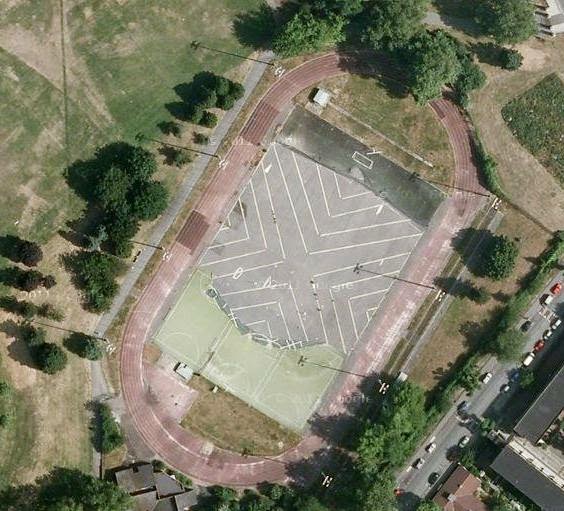