This is a run along the coast to the south west of Bowmore, about 8k (5 miles) there and back - though it might feel like longer as you have to watch your footing for rocks and pebbles.


Starting off in the centre of Bowmore, head up School Street alongside the distillery (the road to the left in picture below). 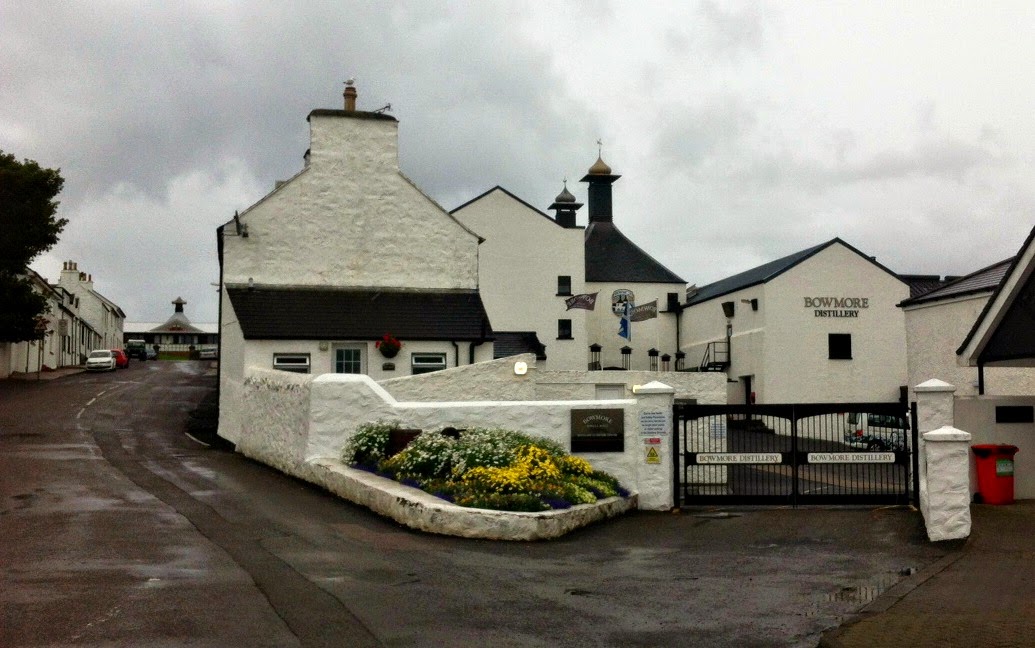 As you pass the distillery buildings you will see a patch of grass on the right, head diagonally across it and you will join the path along the coast. Just outside Bowmore you will come to what is known as the Battery (below) so called because it was once the site of an armed lookout point to defend Islay from seaborne attack. It is said that John Paul Jones, the Scottish-born American Revolutionary War sailor, menaced the seas around Islay in 1778. 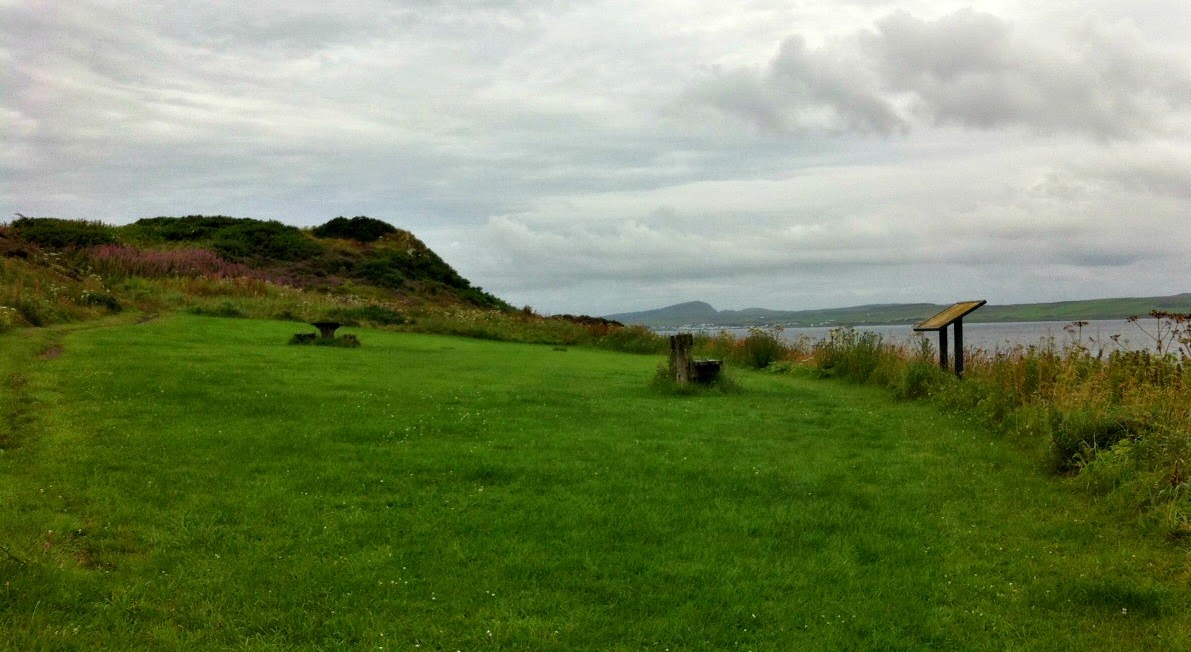 Following the track beyond here there is a narrow section (watch out for brambles etc.) which brings you out at the edge of a pebble beach: 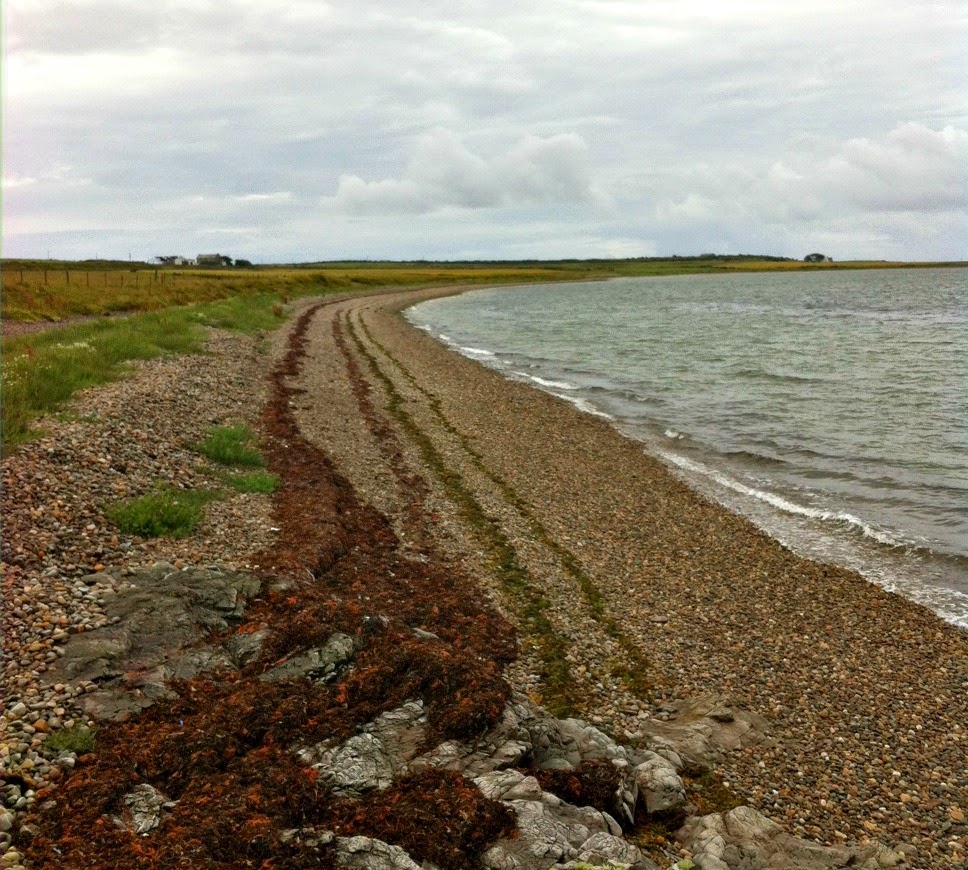 The rest of the outward run consists of following the shore, in most cases on the edges of the beach but on occasions following the trail over grass toward the next bit of shoreline. 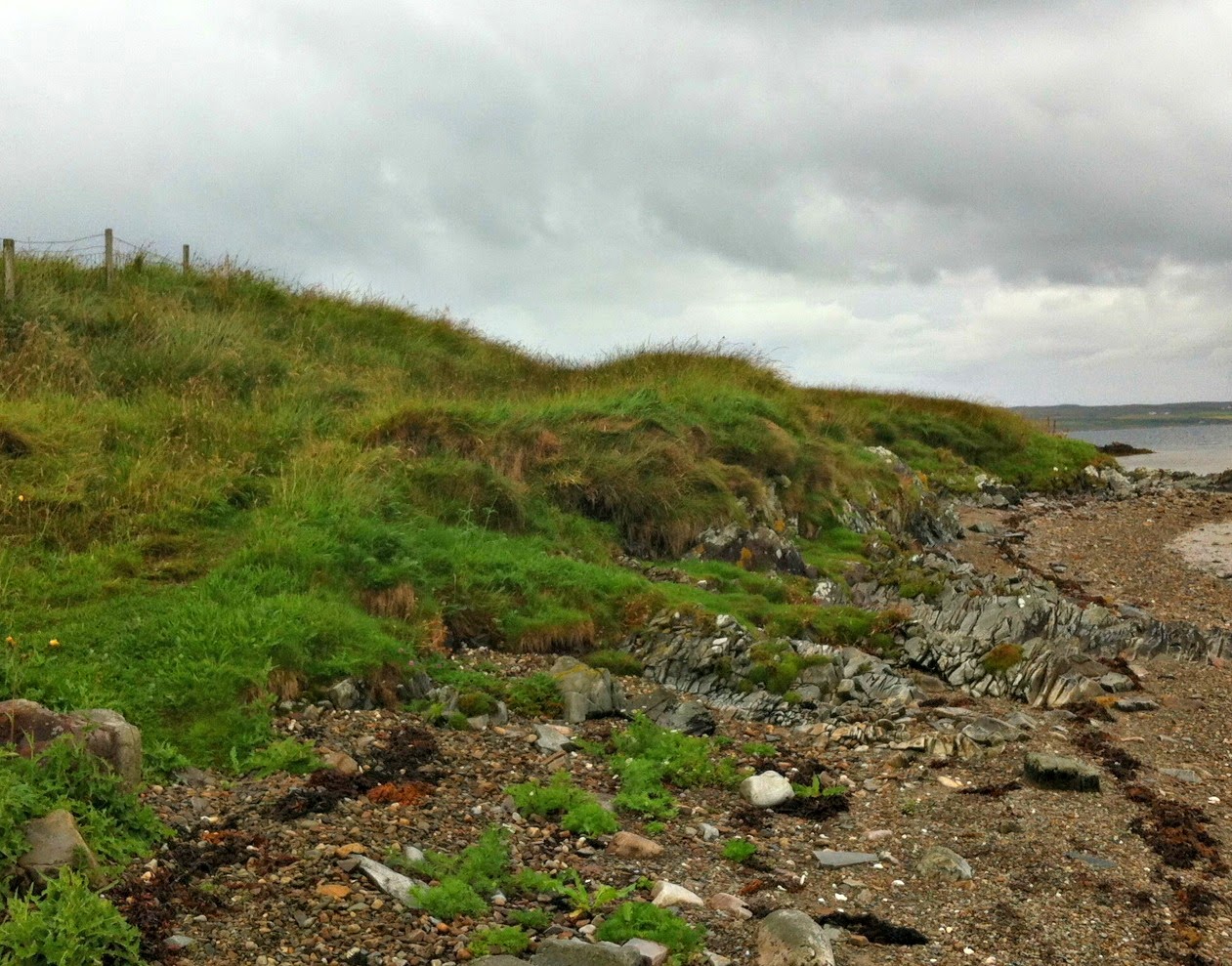 There is lots of wildlife to see, including geese and oyster catchers galore and on the rocks off the coast you may spot seals (I did). 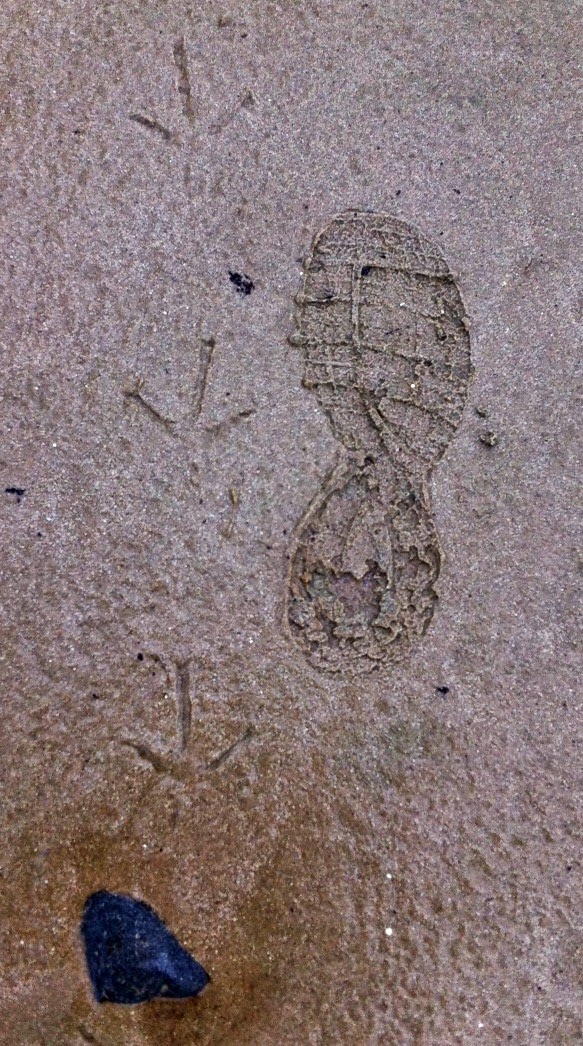 Keep following the coast until you come close to Gartbreck Farm, there is a path leading up from the shore to the buildings. 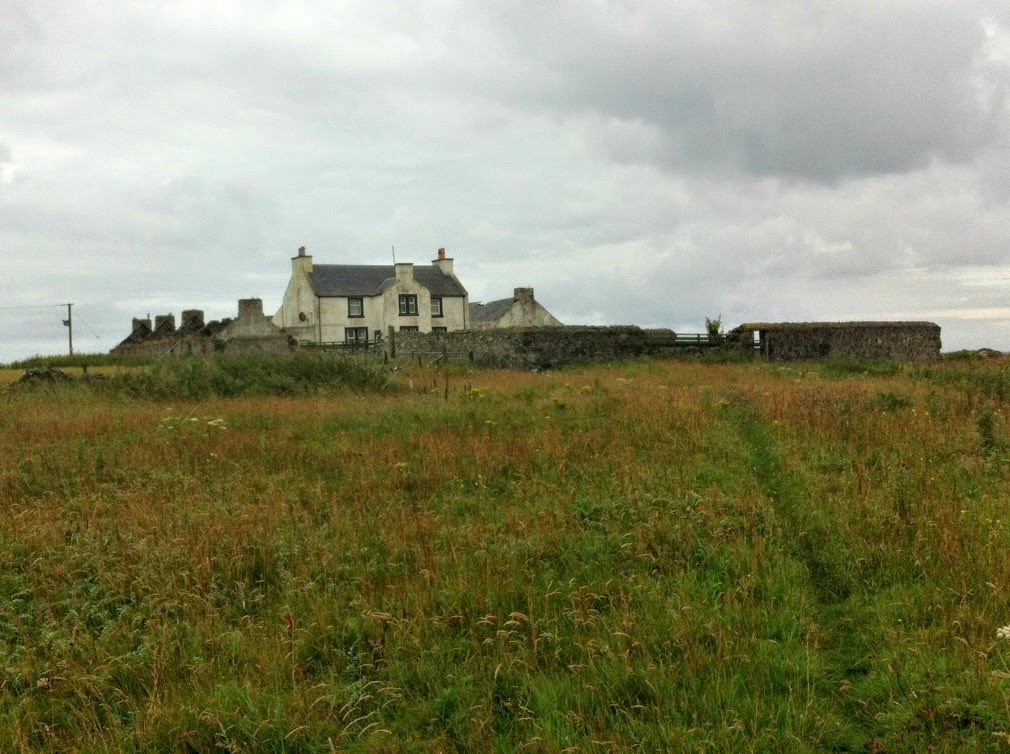 Head through the gate at the side of Gartbreck and follow the track from there. Gartbreck is currently quiet with some derelict buildings, but planning permission has been granted to develop a new whisky distillery on site 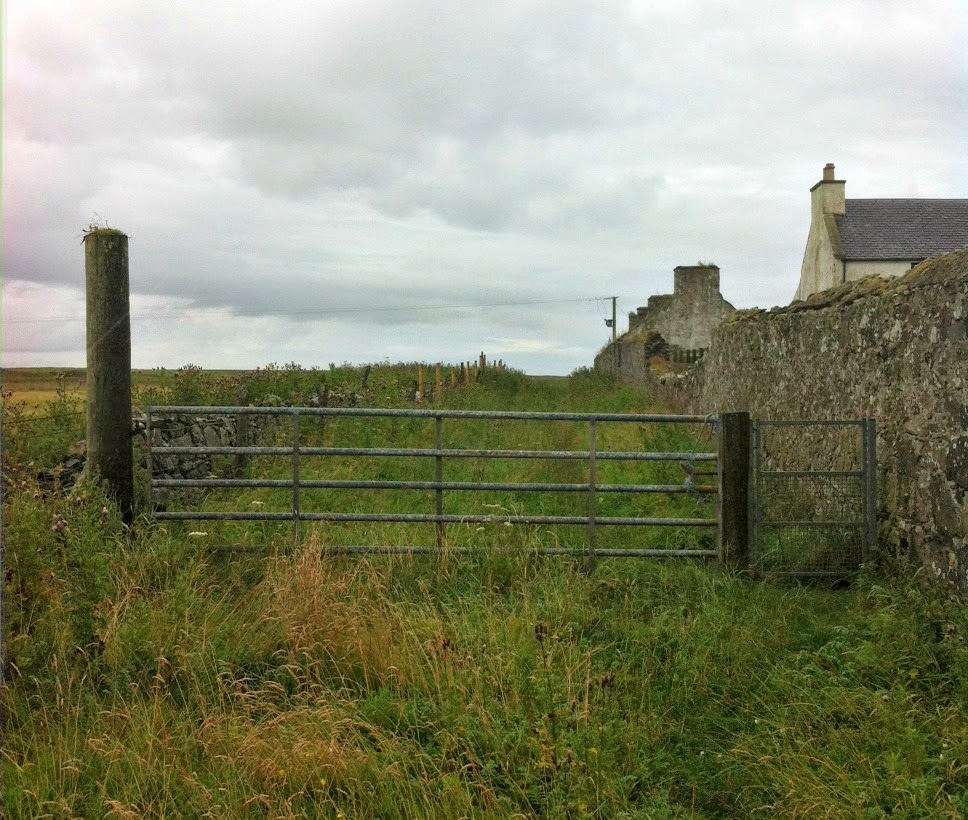 After a while the track becomes a narrow road all the way back to Bowmore, though I didn't see any vehicles on it on my run. 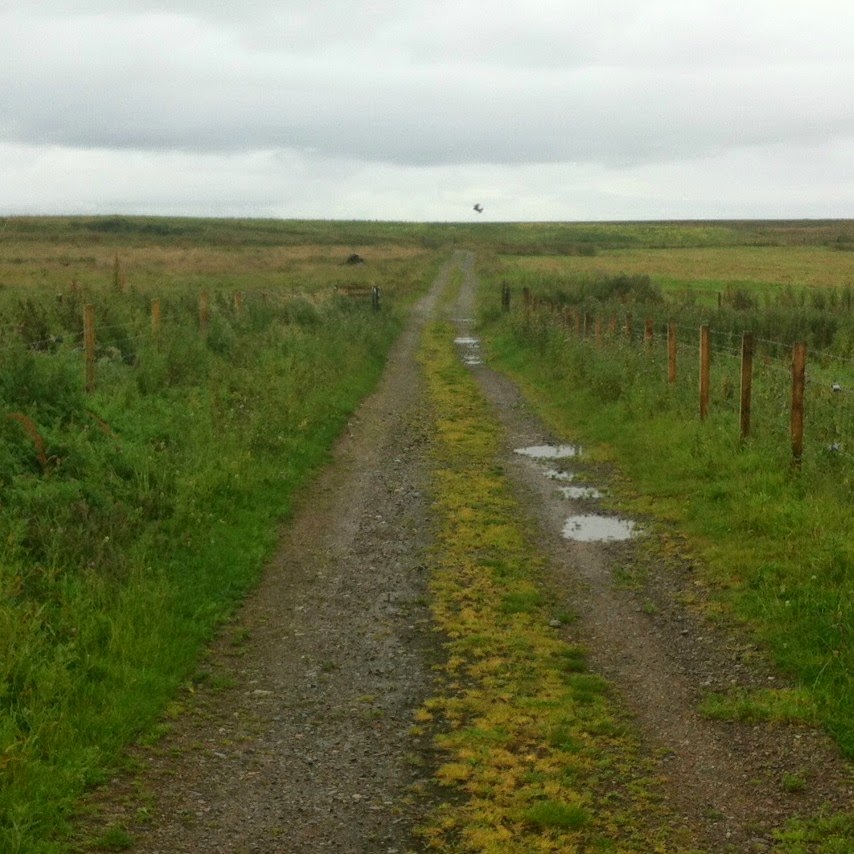