Pretty much wherever you are in the world, you can put on your shoes and  head out for a run. I had to drive to Suffolk and back from London today, so to reward myself when I got there I squeezed in a quick 6k trail run in the midday sun. I parked in the car park of the Eels Foot Inn in Eastbridge, and then found the start of a public footpath to Minsmere Sluice (come out of car park, turn right, path sign is on left just down the road). 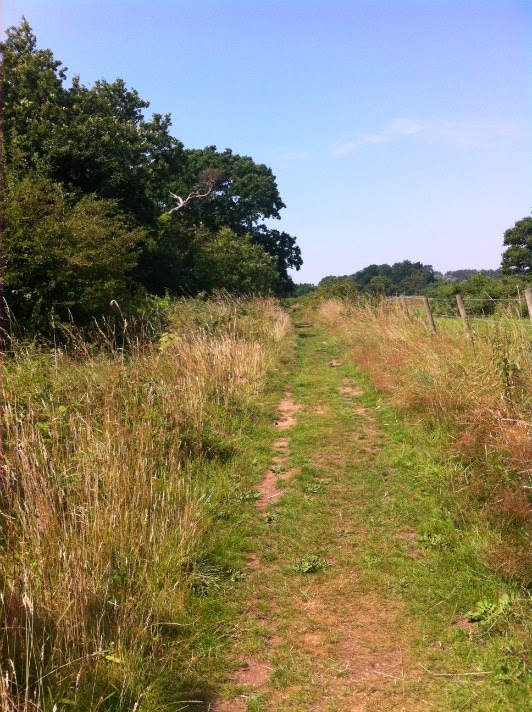 It was a very pleasant summer run accompanied by multicoloured dragonflies and the odd swallow. The only hazards were some brambles and gorse on the narrow path at the start of the run. 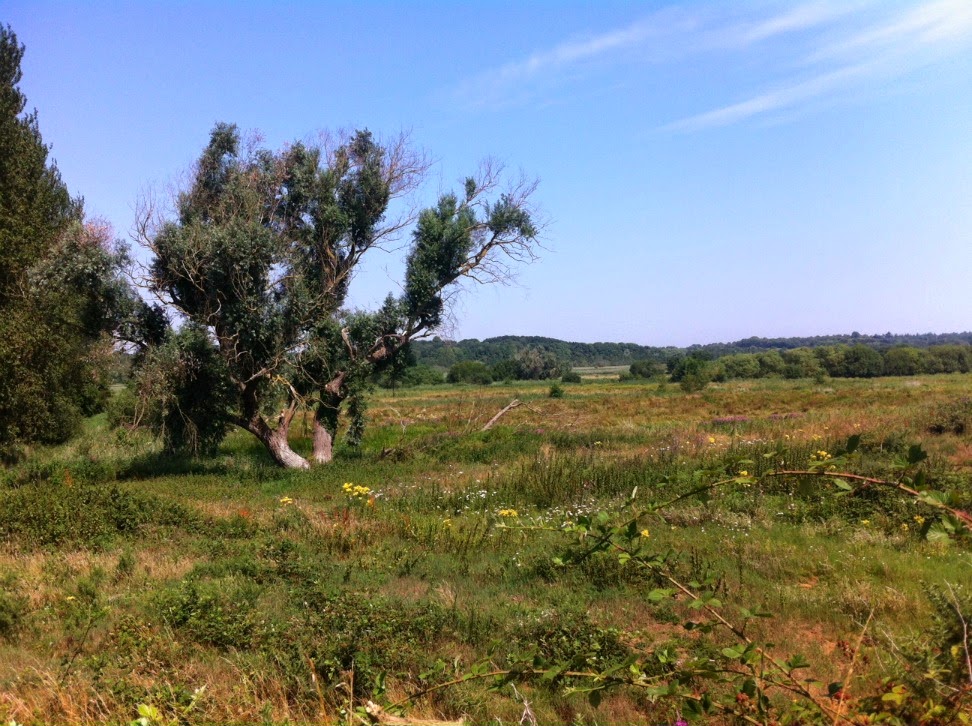 The outward run finished for me on the pebble beach by Minsmere Sluice. If I'd had time I would have explored the wider area, which includes the RSPB's Minsmere wildlife reserve, but I had to turn round and run back. 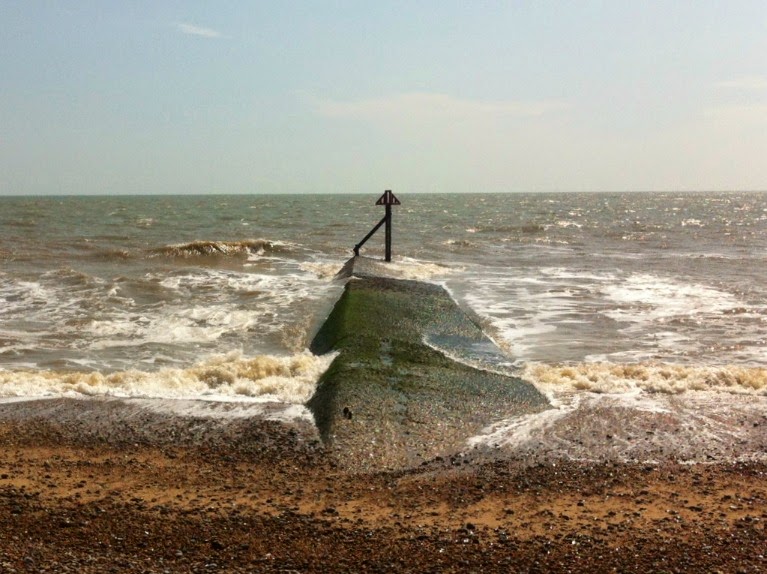 On the way back I drove past the London Olympic Stadium, came home and watched the excellent David Rudisha documentary, 100 Seconds to Beat the World, and I am now settled in front of the Commonwealth Games opening on TV with glass of wine. I am now officially on holiday.