DJ and Scissor Sister Ana Matronic talked about Musique's 'Keep on Jumpin'' album sleeve on her BBC disco show this week, describing it as showing three women in different coloured running kits. While they are clearly in a studio rather than on the track, I think on the outfits alone we can include this in the 'Record Sleeve Athletics' series. 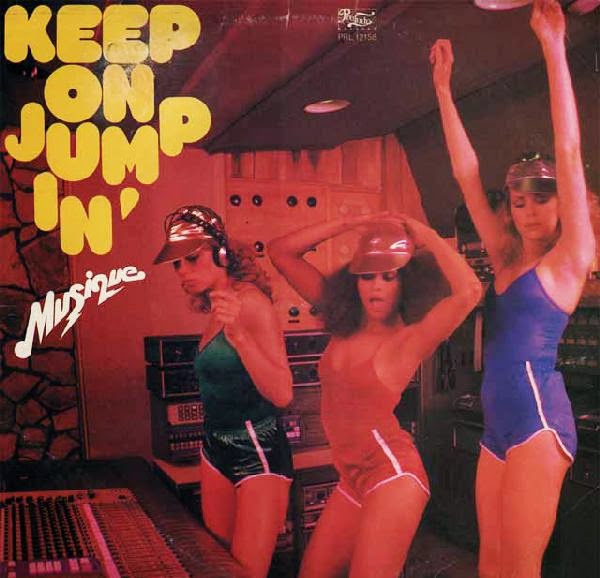 The 1978 album, produced by disco legend Patrick Adams, includes their hit single 'In the Bush' and the great title track. Todd Terry's 1996 version of 'Keep on Jumpin'' will always remind me of dancing at Sancho Panza sound system at Notting Hill Carnival around that time.

Anyway can there be a better time to dig this one out of the bag than this week after Mutaz Essa Barshim's high jump performance in the Diamond League in Brussels. Clearing 2.43m, he is surely in reach of the world record (2.45m) set by Cuban athlete Javier Sotomayor in 1993.