'A delightful spin': Cycling and Running in Herne Hill & Blackheath 1893

From the South Wales Daily Post, 3 August 1893, an interesting account of a combined cycling and athletics event at Herne Hill stadium ('the famous South London track') organised by the Blackheath Club. These were big spectator sports at the time, as shown by the fact that a crowd of 1500 was described as a 'poor attendance' and 'a modest array of spectators' 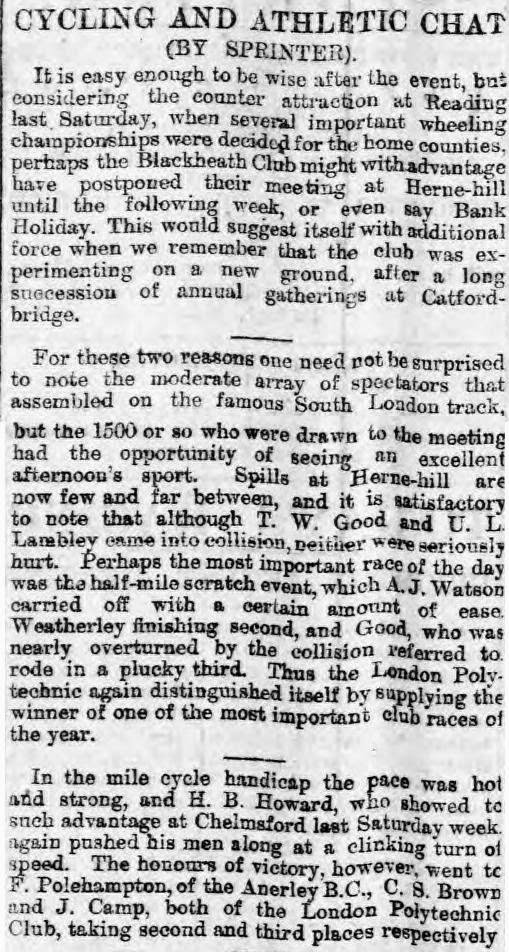 London Polytechnic seem to have done well in the cycling, including their A.J. Watson who won the half-mile scratch event. Winners in the running events, which included a 300 yards and one mile handicaps, came from Goldsmiths Institute (H.C. Hart) and Highgate Harriers (A. Grubb). Putney AC and Spartan Harriers are also mentioned. 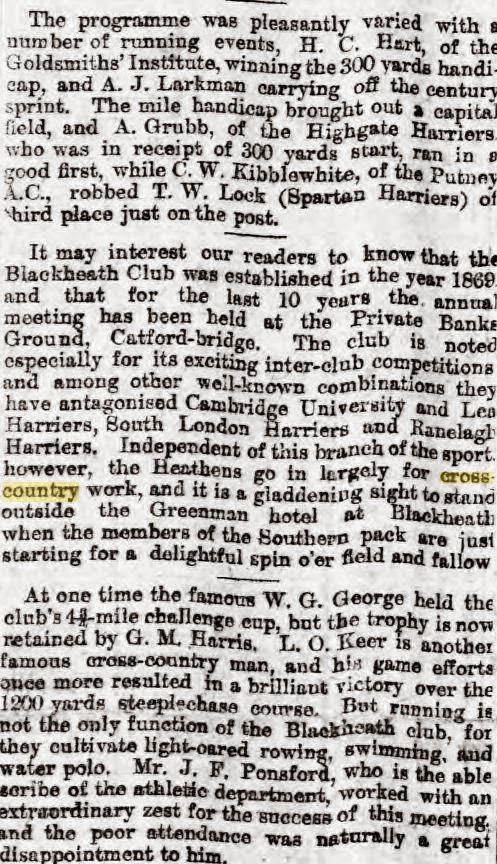 The fact that cycling and running events featured in one programme reflected the fact that some of the clubs also combined both sports. Blackheath was both a cycling and athletics club, not to mention rowing, swimming and water polo. The article mentions that 'the Heathens' were also prominent in cross country: 'it is a gladdening sight to stand outside the Green Man hotel at Blackheath when the members of the Southern pack are just starting for a delightful spin o'er field and fallow'. I believe this is a reference to the Blackheath Harriers, founded in 1869 as Peckham Hare and Hounds, and who changed their name when they moved to the Green Man in Blackheath in 1878. The club continues today as Blackheath and Bromley Athletic Club 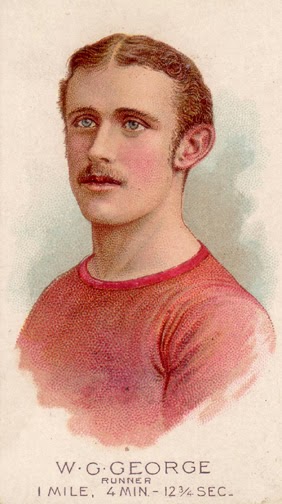