Some more old photographs of the track at Ladywell Arena in Lewisham, home of Kent Athletic Club.

First picture was sent to me by club member Paul Crompton.  The track looks much as now, but without the high fence surrounding it or the floodlighting. The photo is is undated,  but I am guessing  some time in the 1970s. In the background you can see the old iron railway bridge for pedestrians crossing the track, which has been replaced with a concrete structure. 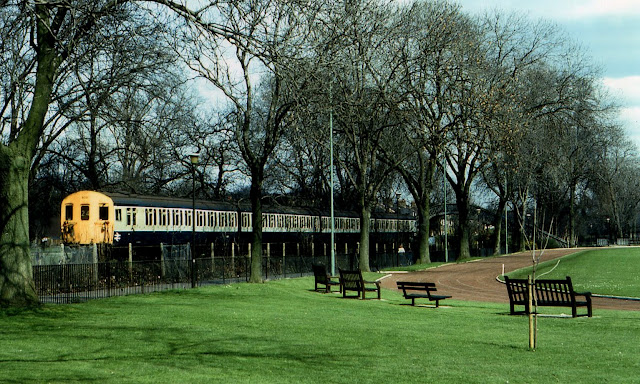 This Getty Image is captioned 'Cubs from the 23rd Lewisham North Pack in London train at Ladywell Park for their athletes Proficiency Badge' and is dated December 1955. 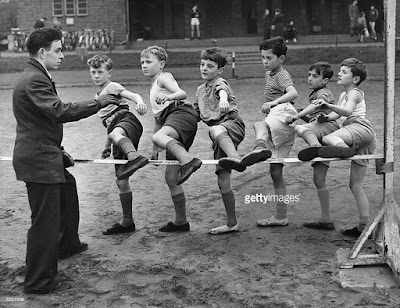 This newspaper clipping popped up on ebay, only information is that it's from 1955. Headlined 'Off to the track' it reads ' Dorothy Lamb, a Suffolk County sprint champion carries her starting blocks to the track ready for a spell of training at Ladywell Park'. I haven't found a Ladywell Park anywhere on google, nor is there another Ladywell track past or present listed at the UK running track directory - so assume this must be at our Ladywell track in Lewisham. 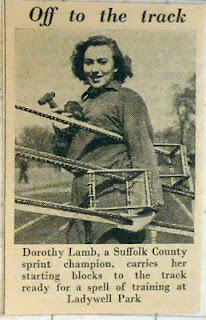 Here's a picture of the comedian Spike Milligan, who grew up in Lewisham.I can't find one of him at Ladywell unfortunately but he also used to hang out at the track. 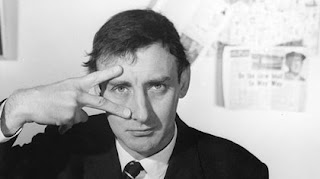 'Prior to the war, I was a keep-fit addict. Every morning you could see people counting the bones in my skinny body at Ladywell Recreation Track, as I lifted barbells. Sometimes we were watched by admiring girls from Catford Labour Exchange'
('Adolf Hilter: my part in his downfall' by Spike Milligan, 1971)