'Wishful Thinking' by China Crisis was the biggest hit for the Merseyside band, reaching number nine in the UK charts in 1984. It's a lovely song, quite understated in an era when many songs were ruined by instrusive production. With its lyric 'I see the likeness in his smile and the way he stands makes it all worthwhile' I assume it's about a man seeing his son but not being part of his life. I'm not quite sure where running comes into it, but the video (as my friend Paul Crompton noted on twitter) featuers a lone cross country runner - or perhaps more properly a fell runner, as he seems to be heading into the hills somewhere in the north of England.

The runner - wearing what seems to be a Ron Hill vest - is seen heading across the moor, running through a field full of sheep and falling into water. Does anyone recognise the location, the vest or even the runner? 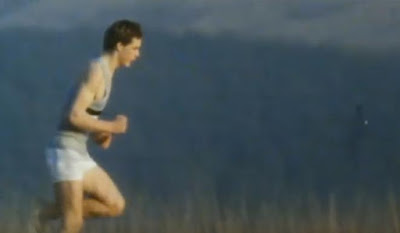 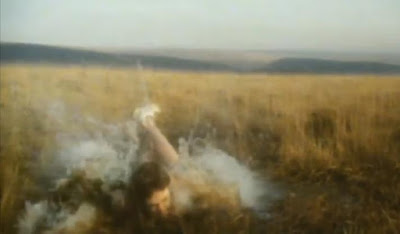 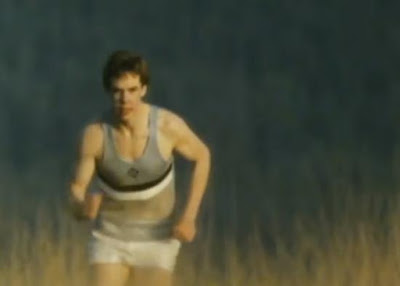