A beautiful Spring day in sunny South London last weekend (8th April 2017), I went to Dulwich Park unaware that it was its parkrun's 5th birthday. There was bunting, birthday balloons and of course cake. 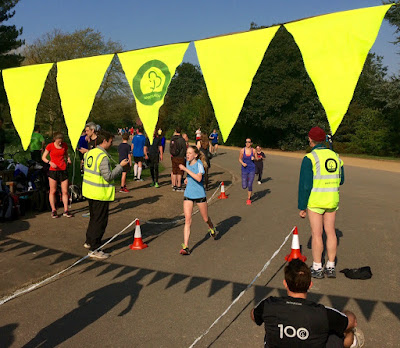 As I was in the middle of a long marathon training run I didn't go flat out so was surprized when I got to the end to see that it was my fastest parkrun in over a year  - I know Dulwich is reputed to be a fast course on account of being flat(ish) with no sharp corners, but I haven't always run fast (for me) there.  As I wasn't really timing myself I didn't look at my watch on the way round, just concentrated on maintaining a steady pace - maybe that's something I should try more often! 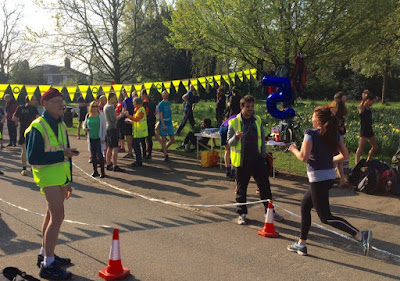 I had more miles to do afterwards and wanted to run off road as much as possible so I decided to stay in the park. What I hadn't realized despite going to the park for years is that there is a proper woodland trail whereby you can run more or less the entire outside circuit of the park on trail, much of it in shaded woodland. 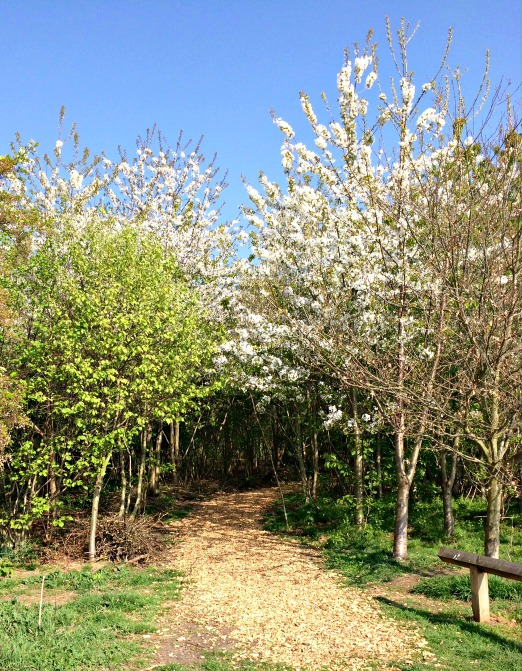 This includes the 'Village Copse' at the north-west corner of the park (pictured above). Only planted in 2006 by  TRUE (The Trust for Urban Ecology) it has now matured enough to let you run under trees, and at this time of year to be showered with cherry blossom while doing so. 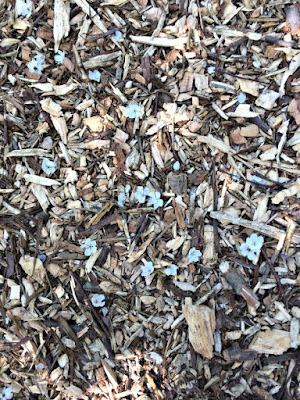 The romantic painter Samuel Palmer, who grew up in Walworth and often wandered in Dulwich wrote of  'Dulwich as the gate into the world of vision' and considered how to paint its hills 'to bring up a mystic glimmer like that which lights our dreams. And those same hills (hard task) should give us promise that the country beyond them is Paradise'. His 1834 painting The Shearers, painted when he was living at Shoreham in Kent, was an attempt to realize this landscape first glimpsed in the Dulwich 'valley of vision' 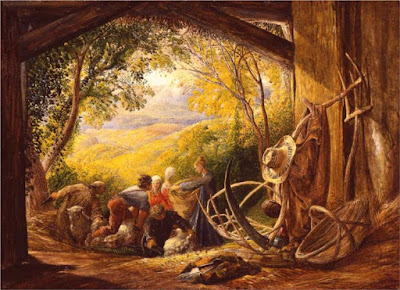 No sheep being sheared in Dulwich today but maybe if you're lucky the occasional glimpse of paradise!