Brockley and Ladywell Cemeteries are two adjoining Victorian burial grounds near to me in SE London. The distance around the outside is pretty much exactly a mile, so yes for better or worse somebody has created a Strava segment called 'Death Mile'.

And so it came to pass that during the summer a group of us did an unofficial 'Death Mile' time trial. The paths are mostly too narrow for more than one person at a time, and even first thing on a Sunday morning there are dog walkers and other cemetery lovers so taking turns to run was really the only way to go (one of the dog walkers told us we were the politest runners they'd met, we were all being double friendly). 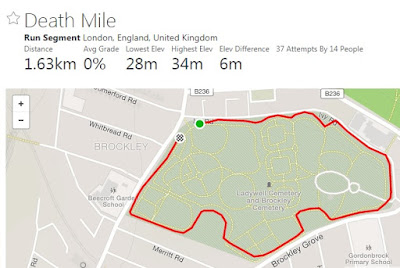 The cemetery has some interesting graves, including those of  the pioneering educationalists Rachel and Margaret McMillan, Cuban anarchist Fernando Del Marmol and the poet Ernest Dowson who memorably wrote this reminder to runners:

'They are not long, the days of wine and roses,
Out of a misty dream
Our path emerges for a while, then closes
Within a dream'.

But perhaps most pertinently for runners, in the Roman Catholic section of the cemetery there is a monument to the family of Albert Stephen Ignatius Gispert. Born in 1903 to Arthur and Remedio Gispert of 80 Breakspears Road, Brockley, 'G' (as he became known) was of Spanish/Catalan background. While stationed in Malaysia in the 1930s he helped found a running club which he christened the 'Hash House Harriers' (HHH - derived from the nickname of the colonial era Selangor Club Chambers)  The club events involved a non-competitive cross country paper chase with a strong emphasis on socialising afterwards.

Gispert was killed in February 1942 in the Battle of Singapore during the Japanese invasion, but 'hashing' flourished after the war. Today there are still hundreds of  HHH groups around the world, their popular slogan of 'a drinking club with a running problem' giving you a flavour of their culture. 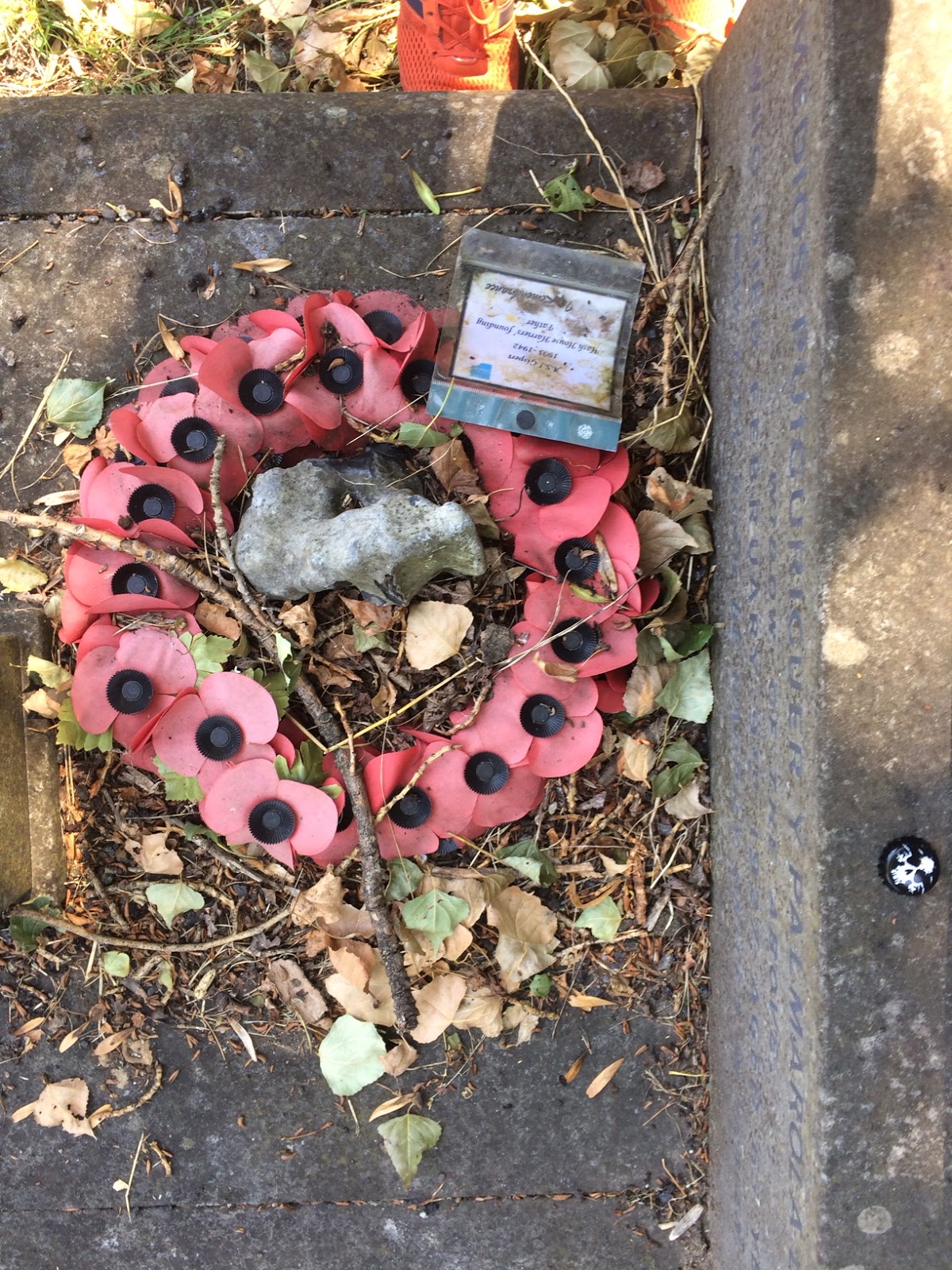 So after our run we made our way to Gispert's memorial... 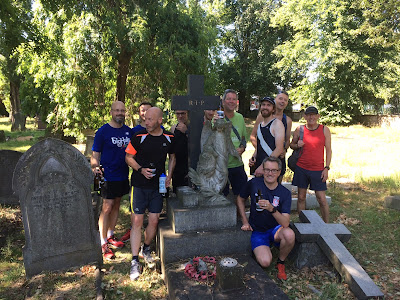 And it seemed entirely appropriate to have a drink there, even if it was still morning. 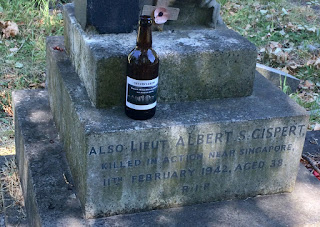 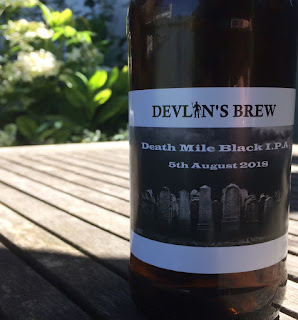 (*not 100% sure if Gispert is buried in the grave, or just remembered there - the bodies of many of those who died overseas were never recovered and repatriated)
Posted by Neil Gordon-Orr at 21:47