The rivers of Oxford and its surrounding countryside must have nearly as much literary history flowing in them as water, perhaps nowhere more so than at Port Meadow to the north/west of the city. Most famously Charles Dodgson (Lewis Carroll) is said to have begun telling what became the Alice in Wonderland stories on a boat to Port Meadow with Alice Liddell and her sisters in 1862.


Gerard Manley Hopkins bemoaned the 1879 felling of trees overlooking Port Meadow in his early environmentalist poem 'Binsey Poplars': 'All felled, felled, are all felled...Not spared, not one / That dandled a sandalled / Shadow that swam or sank / On meadow & river & wind-wandering weed-winding bank'. Most recently, Philip Pulman has recently centred his Book of Dust: La Belle Sauvage '3 miles up the river Thames from the centre of Oxford, some distance from where the great colleges… contended for mastery in the boat races, out where the city was only a collection of towers and spires in the distance over the misty levels of Port Meadow'.


In fact the hero of the novel lives, in a different version of our universe, at the Trout Inn - an actual pub next to the Thames at Wolvercote dating back to the 17th century. And it was here back in September that we parked in the car park to swim in the river (as it turned out we could also have parked at the Port Meadow Godstow Car Park a few hundred metres away across the bridge on the meadow side of the river). 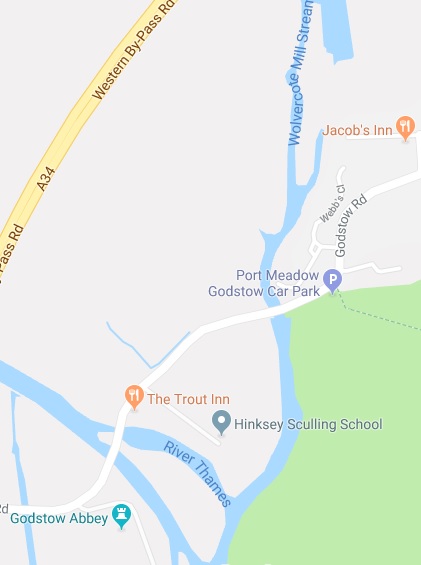 This is the first year I've embraced outdoor swimming, trying to keep up with Jools who has led me round the country in search of wild water adventures. At Port Meadow we had a quick dip in the river - at its north west corner it is actually the Wolvercote Mill Stream next to the meadow, flowing to rejoin the Thames from which it draws it water (it once powered the paper mill at Wolvercote which supplied paper to the Oxford University Press). 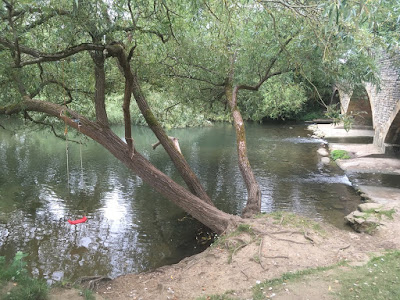 Just across the old Wolvercote toll bridge there is a rope swing on the stream. We actually got in just a bit further along. The stream was shallow in September, but suitable for breast stroke. 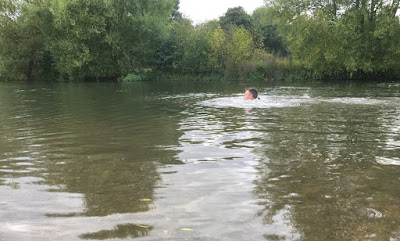 We also checked out Oxford's fine heated outdoor pool - Hinksey Pool dates back to the 1930s and began life as the filter beds of the city waterworks. It's about twenty minutes walk from the city centre, where we went afterwards to check out the 'Spellbound: magic, ritual and witchcraft' exhibition at the Ashmolean Museum. 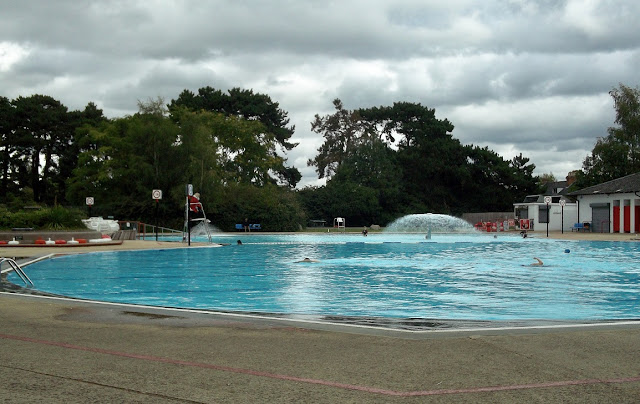