Running on Screen (8) From Darkness

'From Darkness' is a new BBC thriller series starring Anne-Marie Duff as Claire Church, an ex-police officer who gets drawn back into the investigation of a series of murders of sex workers in Manchester. 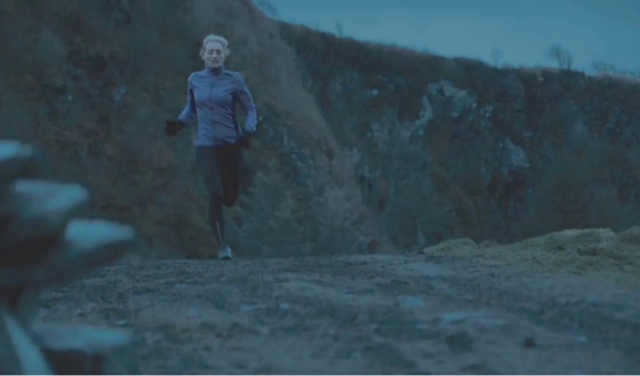 In between forensics labs and crime scenes she gets in plenty of running. So far - two episodes in- we've seen her running on the west coast of Scotland (filmed near Tavallich in Argyll) and through the streets of Manchester. We've also seen her swimming in the sea and been told that she is training for 'Ironwoman'. Little bit worried that her triathlon training is a bit unbalanced, as we haven't seen her yet on her bike. 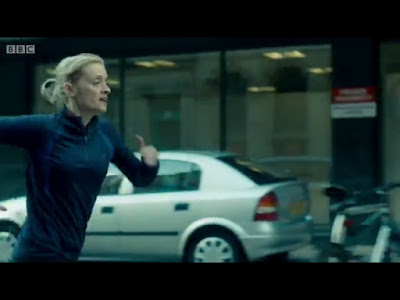 Spoiler alert - her running skills have come in handy in chasing after a suspect. Although she didn't catch him she worked out that to have carried out the orginal murders in the 1990s he would have to be at least 40 now in which case how come he's still so fast? Well there's plenty of speedy V40s in my club...

Run Lola Run and running Berlin
Walford Half Marathon (Eastenders)
Race Strategy in The (US) Office
Top of the Lake and The FallThe Running Man (1987)Muybridge's Runner, 1887
The Casual Vacancy
Posted by Neil Gordon-Orr at 20:36