Running in a time of lowered flags and flowers 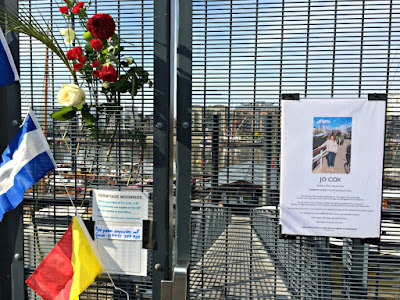 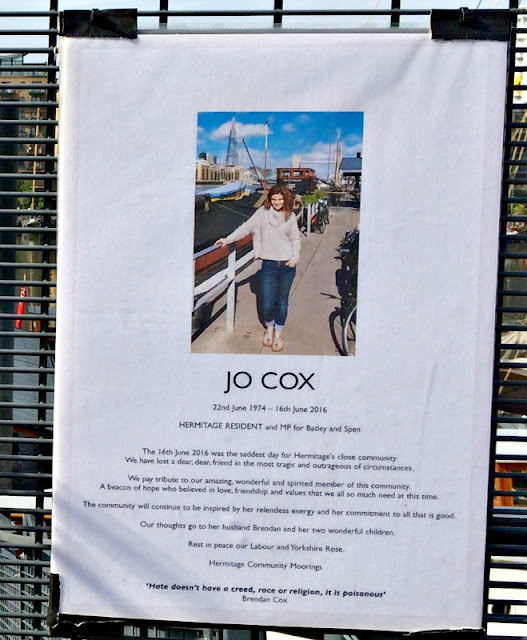 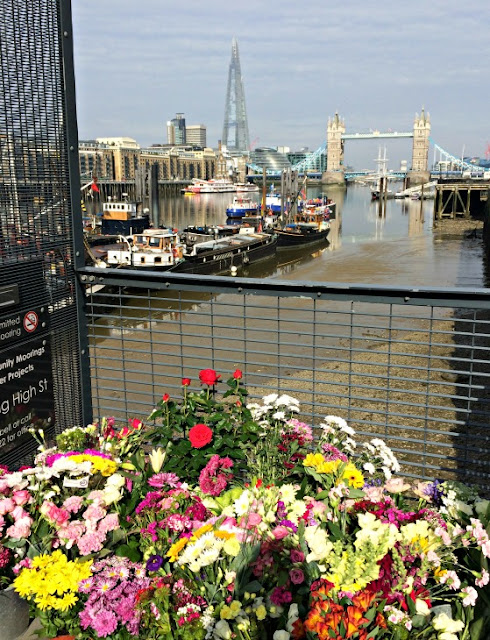 (photos taken while running on June 19th 2016, warming up for London City Mile. Top - rainbow flag at half mast on Southwark Council HQ, Tooley Street, London SE1 for 49 people murdered in a gay club in Orlando a week previously. Other photos taken at Hermitage Community Moorings, on River Thames at Wapping, with flowers for Jo Cox the Labour MP who lived there on a boat, and was murdered by a neo-nazi in Leeds on June 16th)