The third Amba Hotels City of London Mile took place on 19 June 2016, with more than 2800 runners taking part in 16 races ranging from family waves to elite men's and women's fields. The free event is organised with the fine The Running Works shop, and takes in an iconic route starting by St Pauls Cathedral and running round the Bank of England before finishing on Cheapside. 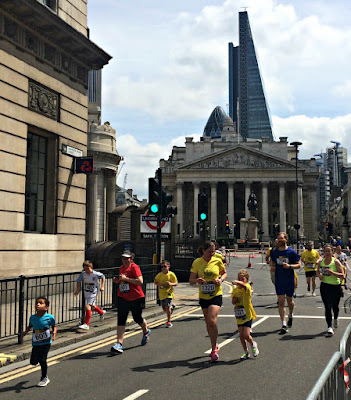 The race organisers had listened to feedback from last year and made some improvements on what was already a good event. The start, for instance, had been moved on to a wider section of road to avoid the early congestion some found last year. 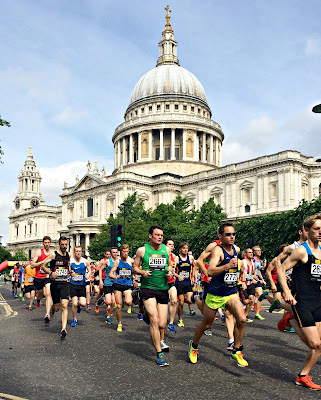 It was my second year of taking part, and in fact only my second mile race, and I was pleased enough to take 14 seconds of last year's time and finish with a PB of 5:42.  Top 20 Power of 10/Run Britain for my age for the distance on road,  I'll take it! At the front of the field, Australian Rio hopeful Luke Matthews set a course record to win in 4.03 (full results here)

I strongly recommend taking part next year if you get the chance - registration usually opens in February. Nice technical t-shirt too (not included in the free registration) 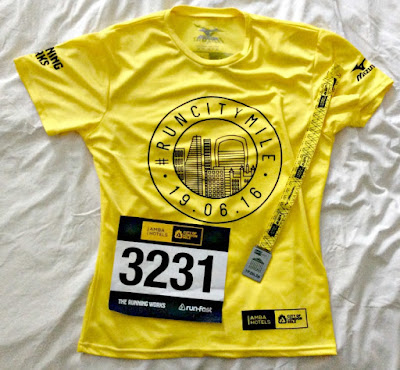