This year's Southern Road Relays Championships took place last Sunday (25 September). Shifting from the traditional Aldershot venue, they were held at Bedford Autodrome near Thurleigh in Beds, probably as far north as you can go before you're in the Midlands region (the Midland Area Road Relays were held the same weekend at Sutton Park).

Bedford Autodrome occupies part of the site of RAF Thurleigh, built in 1940 for RAF Bomber Command and also used by the US Eighth Air Force in the Second World War. After the war it became an aircraft research site, Royal Aircraft Establishment  Bedford, which closed in 1994. Today Bedford Autodrome, established by former Formula One driver Jonathan Palmer, is mainly used for Motorsports though it has previously hosted Duathlon events.

There were some justifiable gripes about facilities - portaloos were a long way from the start- and it wasn't great for spectators, with runners heading off into the distance to return twenty minutes or so later. But nobody can complain that it wasn't a suitably challenging course. The long, flat motor circuit on the wide, open expanse of an airfield was exposed to a wind which was tough to run into for the first half of the single lap course. As the field became very spread out after the first leg, it felt quite bleak and lonely out there sometimes with nobody around to judge yourself against.

Aldershot, Farnham & District AC won both the men's and women's senior champs, with their Andy Vernon and Emily Hosker Thornhill running the fastest legs on the day for men and women,

My club, Kent AC, did well. Men's A and B teams both qualified for national champs, finishing in 11th and 23rd place, the women's team  came in 9th place, the  M40 men won the vets champs, and the M60s won silver in category.

It was my first road relay, obviously my fear running the second leg was that I would be overtaken by waves of people but that didn't happen - I lost a couple of places, but overall was in pretty much the median position in age category (19th fastest time out of 36 in M50 - 24.09). In an event of this standard, I was happy enough to be Mr Average for Age. 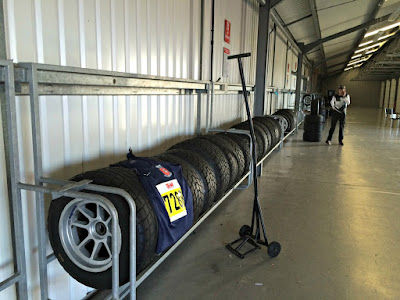 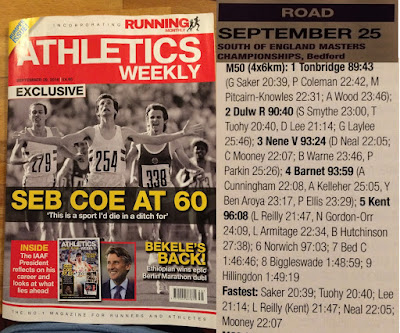