Cuban-born artist Wilfredo Prieto made 'Walk' (2000) during a residency on the Caribbean island of Curaçao. The artist put a plant in a wheelbarrow filled with soil and took it on a five-kilometer walking tour. According to the programme, 'While there is a comic absurdity to this gesture, Prieto’s work connects to a long tradition of walking in twentieth-century art, its precursors including the Situationists’ dérive (drift), the Surrealists’ unconscious explorations of Paris, Robert Smithson’s forays into the ruins of Passaic, New Jersey, and Francis Alÿs’s treks around Mexico City'. 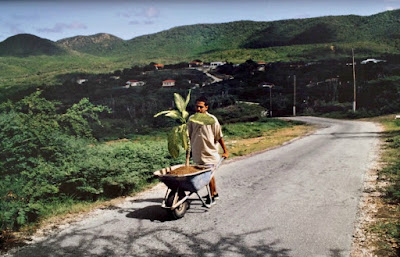 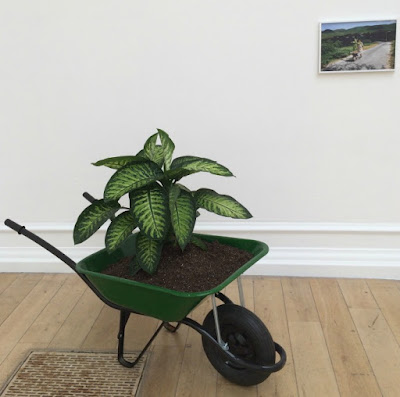 The work is included in 'Under the Same Sun: Art from Latin America Today' at South London Gallery until September 11th. Lots of other interesting work in the exhibition too. 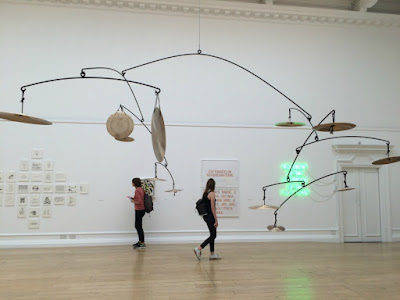