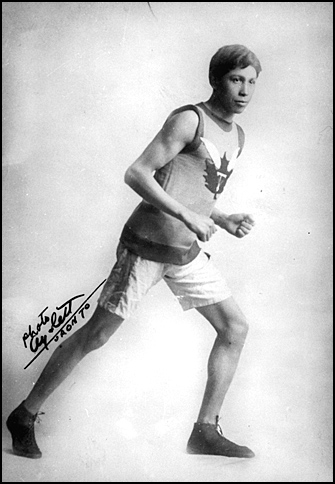 These photos are of Tom Longboat (1887-1949), the Canadian/First Nations long distance runner. 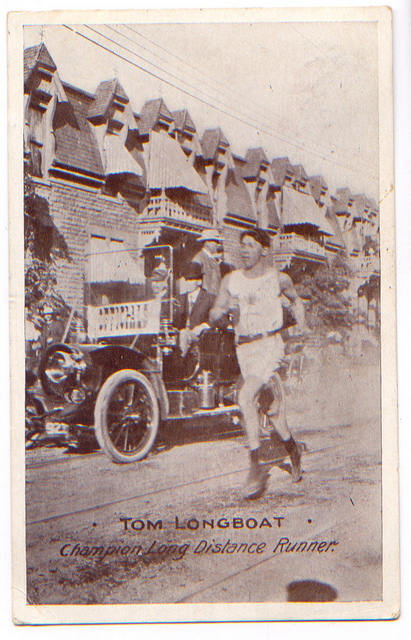 As summarised by Deseronto Archives: 'One of the most famous Canadian athletes of 1908 was Tom Longboat, a marathon runner with a string of successful races to his name. He was born in 1887 to Onondaga parents in the Six Nations of the Grand River Indian Reserve. His first major race victory was at the 1906 Around the Bay Race in Hamilton, Ontario. In 1907 he won the Boston Marathon and the following year he went to London, England, to run in the Olympic Games'. After leading for much of the 1908 London Olympic Marathon, he collapsed and did not finish. Like many runners of that time his career was bedevilled by the division between 'amateur' and 'professional' athletics, and it has even been suggested that his 1908 run might have been sabotaged by his own manager trying to fix the race for gambling interests. In 1979 a street was named after him in Toronto. 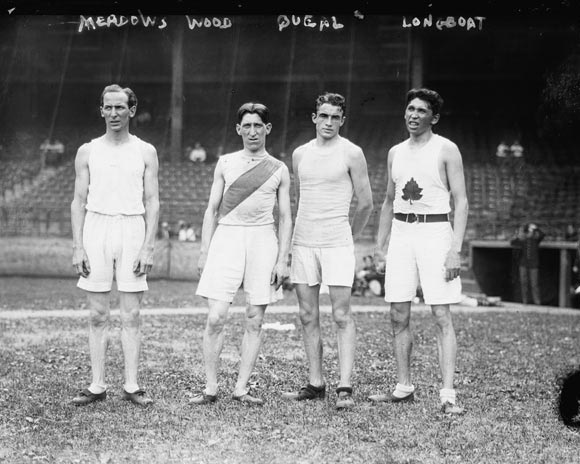 In a reversal of the Olympic outcome, Longboat won a professional track marathon race in February 1909  at New York's Madison Square Garden, beating English runner Alfred Shrubb who collapsed near the end of the race. It was big news - taking up most of the front page of the Montreal Gazette the next day (extract below from the paper, 6 February 1909): 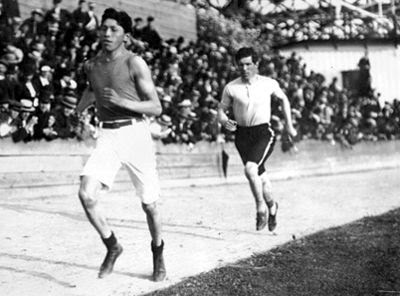 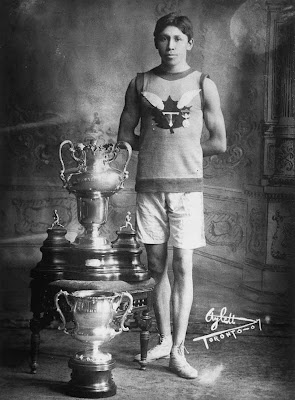