Here's a slice of 1979 disco: The Runner by The Three Degrees, produced by Giorgio Moroder no less (of 'I feel love' fame). The trio's outfits on the cover nod to sportswear - albeit Las Vegas style - with white stripes down the side. 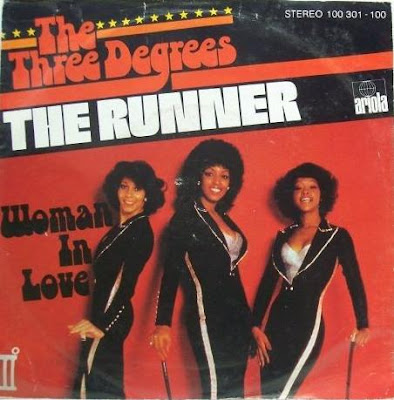 The label drives the point home with a semi-circle of running shoes: 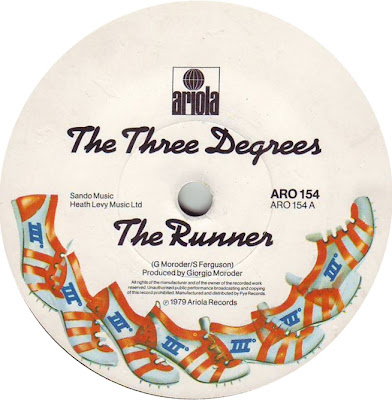 And if that isn't cool enough there's the blue vinyl 12": 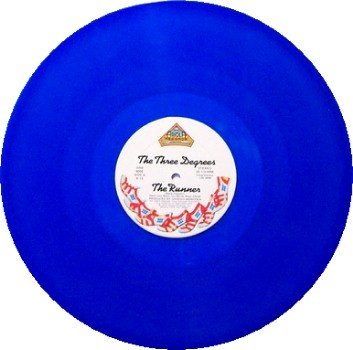 As for the lyrics... well is it a complaint of a running widow, neglected by her's partner's athletics training schedule? Or is it just about a man running away from emotional commitment?!

' How many times have I felt down inside,
The Need to be loved by you.
I wanted to show you how good it could be,
If you would only show a little interest in me

But you run, you just won't show love
That's the thing you're frightened of...