Last weekend my club's long Sunday run took us through the Greenwich foot tunnel round the Isle of Dogs and on to the Tower of London where we paused to view Paul Cummins and Tom Piper's installation 'Blood Swept Lands and Seas of Red' - 888,246 ceramic poppies filling the Tower’s moat to mark the centenary of the start of the First World War. 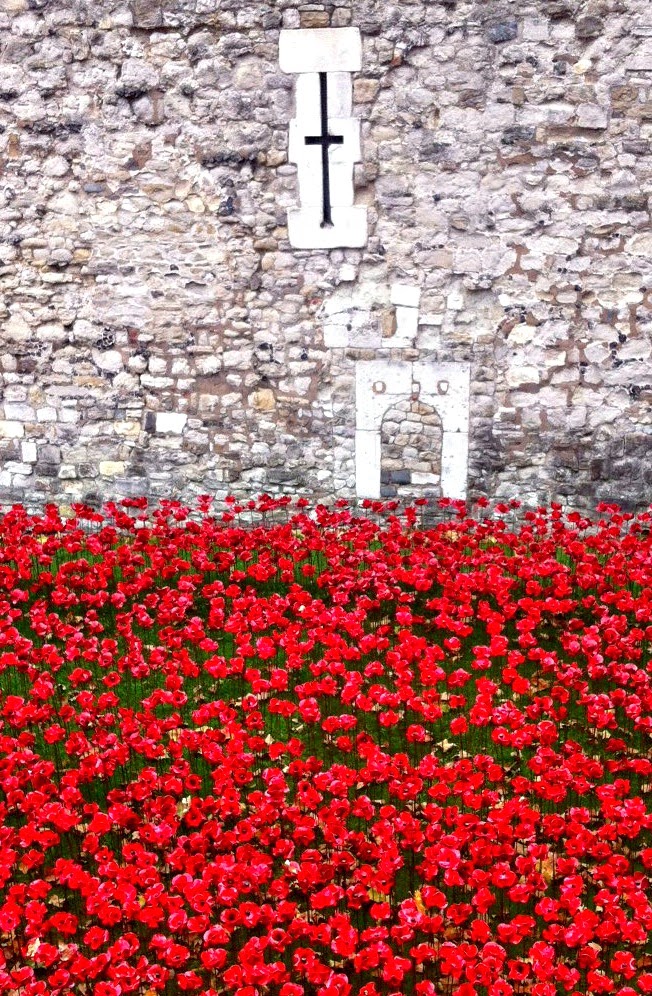 The installation has been incredibly popular, and also prompted some healthy debate. Maybe it doesn't show the full horror of the carnage - what could? - and it can be a fine line between remembrance of the dead and glorifying war and militarism.  But the main sense conveyed at the Tower of London is the sheer scale of the loss with each of the poppies representing a life cut short (and even the 888,246 British and Colonial military deaths make up only part of the 16 million dead on all sides).  I suspect that most looking at it would see this simply as a terrible waste which they hope will never be repeated - though sadly people are still dying in wars in too many places.

The impact of the First World War is really brought home when you look at war memorials with their long lists of names and reflect on what they mean. They show how in any community, workplace or social group almost everybody would have been personally affected by the deaths of friends and relatives. Athletics clubs were no exception and thousands of runners were killed or injured. At the South London Harriers club house in Coulsdon for cross country last month, I noticed a memorial plaque listing 40 members of the club who died in the First World War.

Lewisham War Memorials, which lists many memorials in my local area, also records that there is a plaque in Catford  for the 'Private Banks Cricket and Athletic Club' Roll of Honour 1914-1918. This is believed to commemorate 53 members of the sports club linked to the financial institutions which owned and used the sports ground on Canadian Avenue, SE6.