South of the Thames Cross Country

Last week was a good one for cross country, with events across the UK on nicely watered (therefore muddy) terrain.

In London, more than 300 runners from 19 clubs took part in the South of the Thames 5 Mile Team Race (formerly known as the South of Thames Junior) on Wimbledon Common on Saturday 22nd November. Paskar Owor (Belgrave Harriers) came in first, followed by John Gilbert (Kent AC) in a closely contested battle for second place with third placed Dean Lacy (Cambridge Harriers). But in team terms, it was Tonbridge Athletic Club who won in the 'four to score' competition, and Belgrave Harriers in the 'eight to score'*.

I ran for Kent AC, coming in way down the field but scoring for the B Team in the eight to score, which came ahead of five A teams from other clubs*, so there! In truth though, the Kent men's team missed some key runners, what with Paul Pollock - who came 2nd running for Kent in the Surrey League XC in Lloyd Park earlier this month -  off winning in Ireland (as mentioned above) and Chris Greenwood retaining his V40 title at the British and Irish Masters Cross Country International in Nottingham, finishing 2nd overall. But fair play to Tonbridge, Belgrave H., Hercules Wimbledon, Thames Hare & Hounds and Herne Hill Harriers who all put in good performances to finish ahead of Kent in the men's race.

The course was over two laps in the wooded north west of Wimbledon Common, starting off with a long descent with all that implies for the seemingly interminable run back up again. Mud was fun, enjoyed slipping on the downhill section and having to run dangerously fast through the trees to stop myself falling over completely. An unfortunate collision with a dog at mile four made me glad to have been wearing trail shoes rather than spikes. 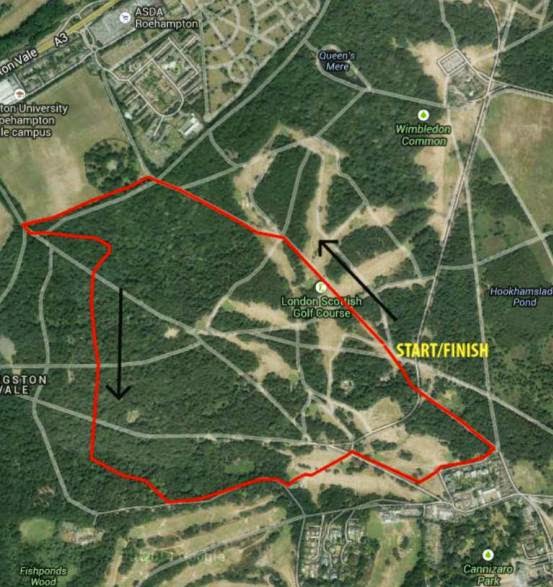 The course was laid out by Hercules Wimbledon, presentations afterwards (and tea, cake and showers) were at the Wimbledon clubhouse of Belgrave Harriers, while a third Wimbledon-based club, Thames Hare and Hounds ('the oldest cross country team in the world') also took part. Nobody can say that this part of London is anything other than rich in running history, as is the South of the Thames race itself. 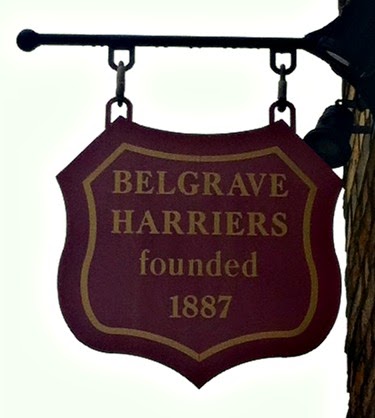 The origins of the South of Thames go back to the class-bound and slightly stuffy world of Victorian organised athletics in England. In the early days of the 'gentlemen amateur', 'mechanics and tradesmen' were excluded from many established clubs, and these did not want to compete with the wave of newer clubs set up around pubs and other places. These latter clubs were defined as 'Junior' - in status rather than referring to age of runners.

As explained at the South of the Thames Cross Country Association site, these newer clubs started their own South of the Thames Second Class Inter-Club Race with a race on Wandsworth Common in 1888. That was the start of the South of Thames, open not just to South London clubs but to any in an 'area bounded by the River Thames in the north, the south coast, the county of Kent in the east and as far west as a team might be prepared to travel' (SoTTCA). Most of the older established clubs ended up joining in eventually.