Before the cinema there was the magic lantern show, featuring the public projection of slides.  Lucerna is an archive of  magic lantern images, including some interesting early 20th century London running shots from Walter Tyler Ltd., based in Waterloo Road

This first one is of the start of a 10 mile Amateur Athletics Association race at Stamford Bridge on 17 April 1909: 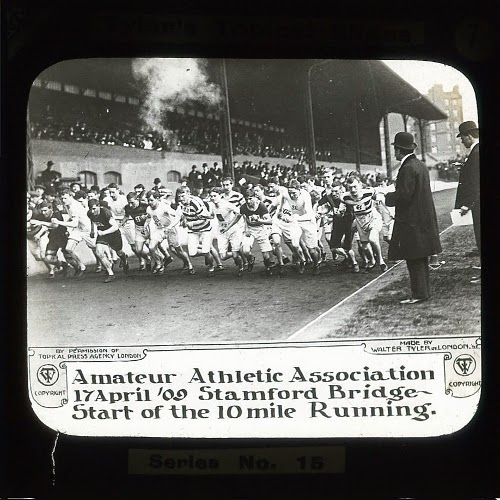 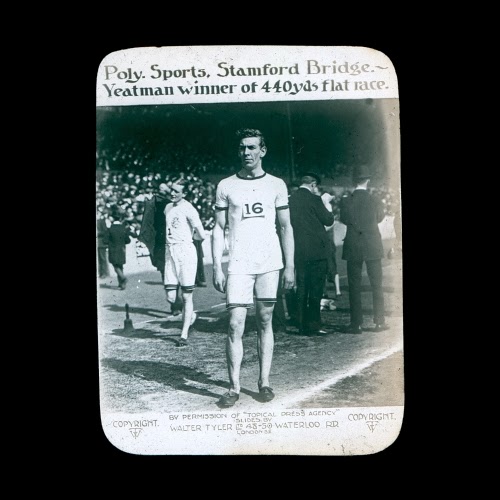 According to a report in the Daily Mail, 15 May1909, 'In an international contest at Stamford Bridge the Polytechnic Club beat the Stade Francais by three points to one' with 'J.R. Yeatman (Polytechnic)' winning the quarter-mile in a time 52.4 seconds. 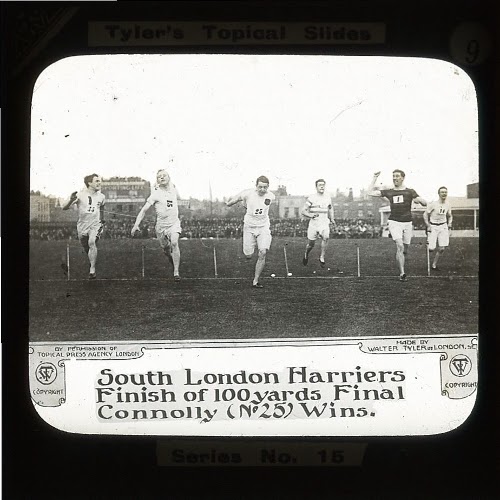