BBC Records' series of sound effects albums included 'Sporting Sound Effects' (1978). The cover features a couple of runners alongside jockeys, football players, a tennis player, a racing driver etc. The record features a similar range of noise from the sporting life, including from athletics 'starting gun, race and applause' and 'junior sports day: on your marks, pistol and cheers for race'. A 21st century listener might question why pheasant shooting and fox hunting are included as sports alongside swimming, basketball and cricket, but hey. 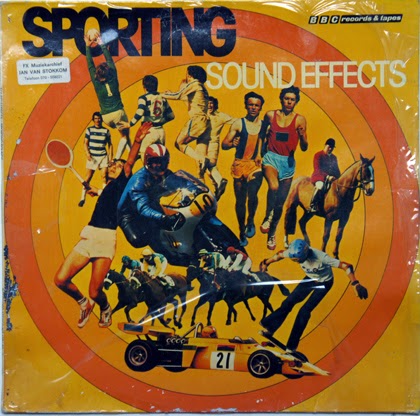