253 runners (from 13 clubs) took part in the fourth of this season's Assembly League races, in north Greenwich on 2 July. It was a hot evening for a run along the river Thames on the Greenwich peninsula on a flat course that was about 60m short of 5k. 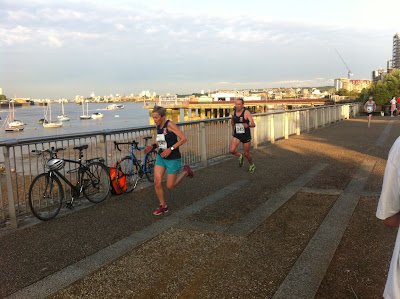 Kent AC athletes John Gilbert and Amy Clements finished first amongst the men and women respectively, and the club also won in both the men's A team and B team. Dulwich Runners won the women's A team, and Victoria Park Harriers the women's B team. That pretty much reflects the league placings with two races remaining - Kent AC in front for the men, Dulwich Runners for the women. Top three finishers/times: 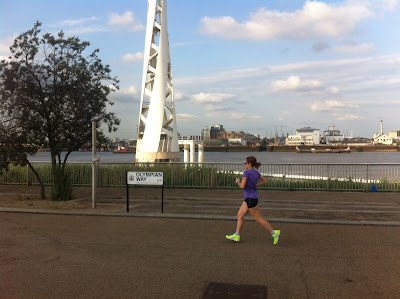 The route took us along the Olympian Way, which lets face it is as near as most of us are going to get to being Olympians. I assume the path, which runs along the riverside around the 02 arena, was so named in 2012 when the 02 was the North Greenwich Arena in the London Olympics, hosting basketball and gymnastics.

As the excellent Greenwich Peninsula History site demonstrates, this area was once known as Greenwich Marsh, and was the site of gas works and heavy industry before the arrival of the Millennium Dome (now the 02). There are still some traces left of old north Greenwich, one of the best of which is the Pilot Inn where many of the runners retired for a drink after the race. 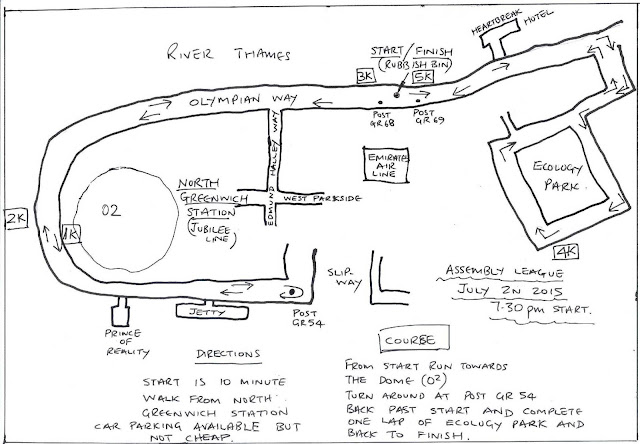