The Windrush Aquathlon in Brockwell Park on 28 June saw 118 people take part in the adult event and another 25 in the junior races. The adult race involved ten lengths (500m) of Brockwell Park Lido, followed by a 5k run over two laps of the park. Top three positions were as follows:

Alex Yee's time was a course record, a remarkable achievement considering only twelve hours previously he had run a 14:09 5k in the British Milers Club Grand Prix in Watford. 17-year-old Yee, a member of Kent Athletic Club as well as Crystal Palace Tri, has been selected to run the 3000m for GB in the forthcoming World Youth Championships in Colombia.

But the Aquathlon wasn't all emerging international athletes and record breaking times, it was also welcoming for those dipping their feet for the first time into the multisport world. I went along to support a friend who said: 'it was really friendly and inclusive for a first timer. I've never raced since I was a child and even though I was one of the last to finish everyone was incredibly encouraging' 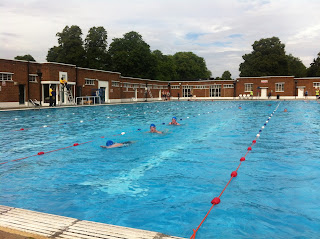 Windrush Triathlon Club was set up in 2008 and trains regularly in Balham, Clapham, Dulwich, and London Bridge as well as in Brockwell Park. Its name of course references the famous 1948 Windrush voyage of Jamaican migrants to Britain, many of whom settled in the South London area. But its also a good name for a racing club - you certainly feel the rush of the wind when running and cycling and maybe swimming too on a windy day in the Lido. 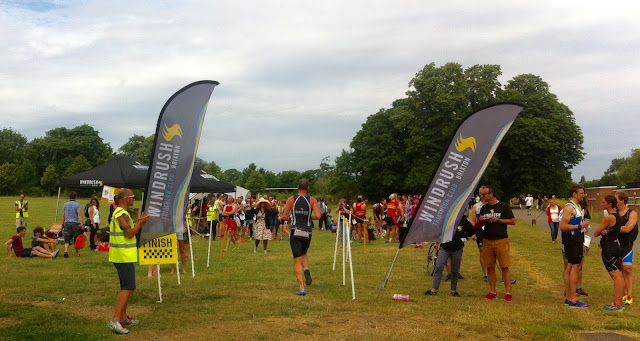 I did try out the course the weekend before, but my swimming is too poor to take part in a race. I lived in Brixton, not far from the Lido, in the early 90s but in those days it was closed and abandoned. In fact it was squatted for a while and I remember visiting a friend there whose room is where the gym is now! So I'm going to blame my swimming form on the lack of a Lido at that time - great to see it flourishing now. 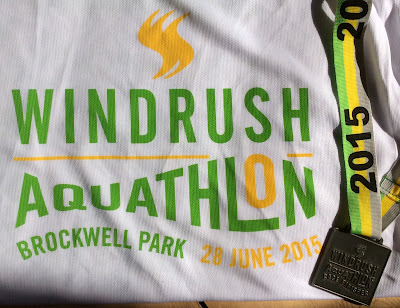 I love this map (from the race guide), showing the route from the pool to the transition area (on the grass outside the Lido): 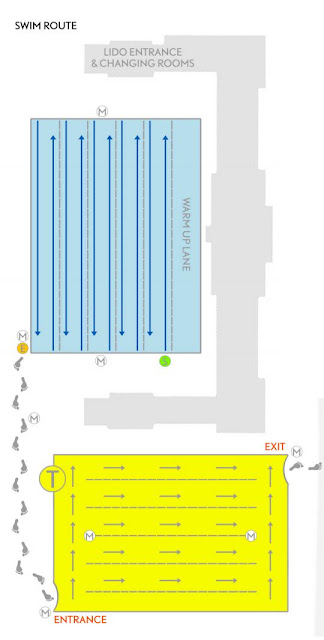