Running London: in praise of the Greenwich Foot Tunnel

The Greenwich Foot Tunnel is one of the most important routes for London runners on the East side of the city.  With no pedestrian friendly river crossings between it and Tower Bridge five miles upstream (I don't recommend running through the vehicle fumes of the Rotherhithe tunnel, though technically you could), the  370m tunnel connects the north and south banks of the Thames at a very useful point.

Of course its entrance on the Greenwich side is an iconic running location in its own right, marking with the Cutty Sark ship Mile Seven of the London Marathon route. On Sunday mornings in particular in the lead up to the Spring Marathon season a seemingly never ending stream of runners pass through the tunnel during their long run training. For runners from South  London heading north, the tunnel gives access to parks and waterways of the Isle of Dogs and East London along which it is possible to run for miles with very little interruption from roads. For those heading north to south, the tunnel opens up the way to the hilly Greenwich Park and the green expanse of Blackheath, as well as to Thames-side routes around the Greenwich peninsula up to the 02/Dome and beyond. 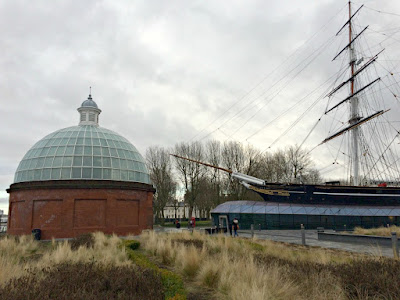 Last weekend for instance a group of us did a 14 mile run from Greenwich that included following the Regents Canal to Victoria Park, then the Hertford Union Canal up to the Olympic London Stadium and back. Yesterday my 16 mile route took me to Mile End, where I did the parkrun before heading back via Limehouse and Millwall Docks to the foot tunnel. 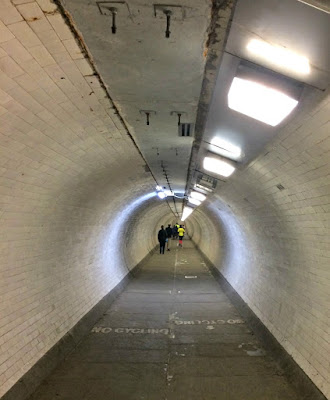 The tunnel was opened in 1902, and was originally intended to help dock workers from the South side get to work on the Isle of Dogs. It was commissioned by the London County Council, with former docker and later Labour MP Will Crooks having a key role as chair of the LCC's Bridges Committee. So runners can thank him and the workers who dug the tunnel through the chalk by hand.

For runners passing through today the main dilemma seems to be whether to use the lift or the stairs - 100 of them at the Greenwich end. Most seem to descend via the spiral staircase but get the lift back up. 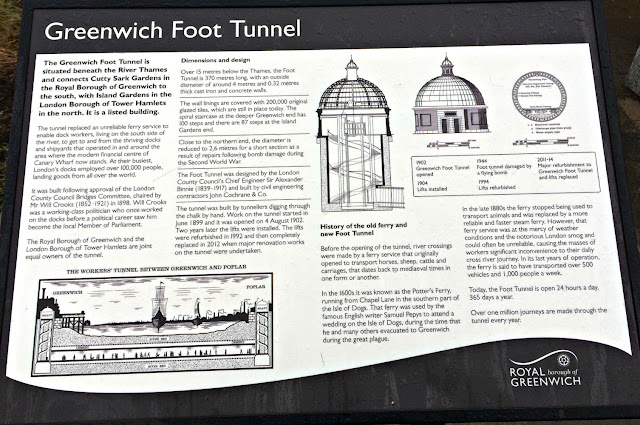 (Running Past has written a bit more about the history and notes that  to mark the centenary of the tunnel in 2002, 100 people ran a Greenwich Foot Tunnel Centenary Marathon entirely inside the tunnel (58 laps). Hugh Jones, winner of the 1982 London Marathon, won the tunnel event in a time of 2.45.40).
Posted by Neil Gordon-Orr at 11:09