I've done plenty of running over Christmas, including parkruns at Hilly Fields on Christmas Day and at Peckham Rye on Boxing Day (incidentally there's a good article in today's Independent about parkrun, which features Hilly Fields and mentions my friend, chief cheerleader and Kent AC runner John Barron. See How parkrun became a global phenomenon: The free activity that has changed millions of people's lives by Genevieve Roberts).

Obviously there's more to Christmas than running - there's eating, drinking and watching TV to do too! Not too much athletics on TV at the moment, but there was one excellent running programme on British TV. I refer of course to the film version of Julia Donaldson and Axel Sheffler's children's book, Stick Man. 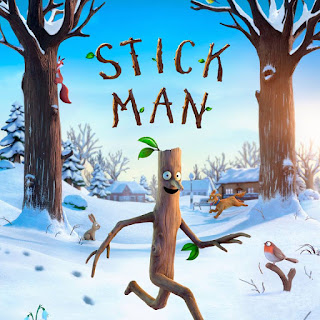 Truly a cautionary tale for runners everywhere, it starts:

'Stick Man lives in the family tree
With his Stick Lady Love and their stick children three.
One day he wakes early and goes for a jog
Stick man, oh stick man, beware of the dog'

You see Stick Man and family are sentient beings just like you and I, but out in the world they get mistaken for mere lengths of wood. Stick Man suffers the indignity of a dog playing with him, a swan building her nest with him, being thrown into the river as a pooh stick and put on a fire. Worse still the narrator seems to think he is just jogging, when actually it was a threshold run. Will he ever make it back to the family tree? Thankfully (SPOILER ALERT) Santa comes to the rescue. But he could have saved his family a lot of grief if he'd taken his mobile phone with him when he left for a run. 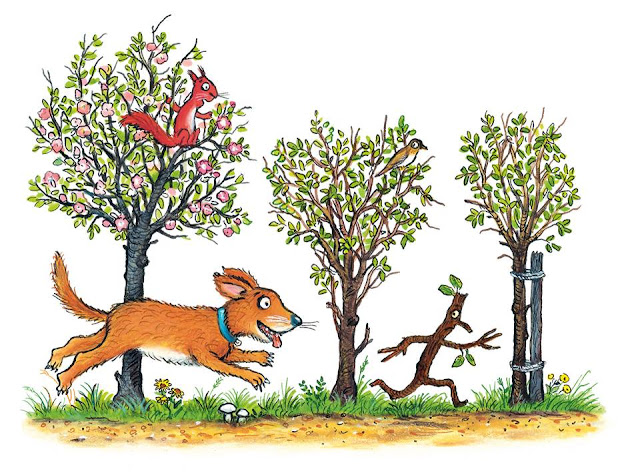 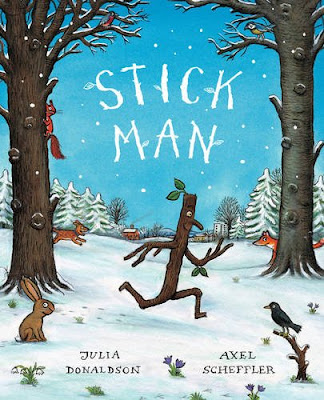 Run Lola Run and running Berlin
Walford Half Marathon (Eastenders)
Race Strategy in The (US) Office
Top of the Lake and The FallThe Running Man (1987)Muybridge's Runner, 1887
The Casual Vacancy
From Darkness
London Spy