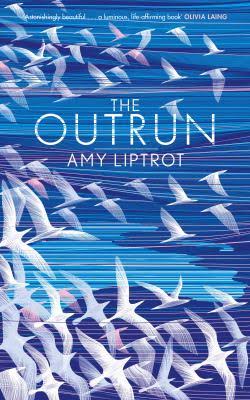 Amy Liptrot's The Outrun (2015) is partly another fine example of the new nature writing - urban dweller rediscovers connection with the wild between nicely illustrated covers, in this case through returning to her native Orkney where, among other things, she helps her farmer father in the lambing season and gets a job tracking corncrakes. The Outrun of the title 'is a stretch of coastland at the top of the farm where the grass is always short, pummelled by wind and sea spray year-round... where the ewes and the lambs graze in summer'. That aspect has a not entirely unromantic appeal to me, with my fond memories of my shepherd grandfather in the Hebrides.

But the book is also a memoir of addiction, to alcohol in particular, and the author's struggle to recover after some very messy years in London. Her relationship with the landscape is part of this process. Struggling to believe in 'a power greater than ourselves' as envisaged in the Alcoholics Anonymous 12 step programme, she thinks 'about the forces that I have experienced living on the islands: The wind and the sea. I think of erosion and corrosion… I think of the power of animal instinct, guiding the corncrakes to Africa and me to my lover's house, dead drunk, late at night… I decide that I can accept the existence of some "powers greater than myself" – not God, just the things I've always known, the forces I've grown up with, strong enough to smash up ships and carve islands'.

She walks all over Papay, one of the smaller islands where she lives for a while, including circumnavigating St Tredwell's Loch where once pilgrims seeking relief for eye troubles came to visit the chapel dedicated to a saint who legend claims gouged her own eyes out.

She joins the Orkney Polar Bears who go swimming every Saturday morning in the sea and manages to find through this the beginnings of new compulsions: 'Once after being out all night at a party in a squatted East London warehouse, Gloria and I decided, high and wide eyed, that what we needed was a dawn swim in Hampstead Heath ladies pond. We had grimy rave skin and sleep deprivation and thought the cold water would provide refreshment and even salvation... In the past when I was under stress, my first impulse was to drink… Now, sometimes, I'm not just fighting against these urges but have developed new ones. Even back in the summer, set free after a frustrating day in the RSPB office, my first thought was sometimes not a pint but "get in the sea". Swimming shakes out my tension and provides refreshment and change... The motivation is the same but my methods of dealing with the way I feel are changing. I used to confuse my neurotransmitters on a Friday night in a hot nightclub. Now I shock my senses on a Saturday morning in the biting sea, plunging warm skin into cold water, forcing a rush of sensation, cleansed'.

Interesting how culturally embedded this idea of water as medium of baptism and rebirth is, to swim in the sea or even the Hampstead ponds is to literally plunge into the landscape (or waterscape) and perhaps to emerge with a sense of being somehow cleansed or transformed.

The Outrun is certainly not another rehab through fitness memoir, but the author recognises that part of her recovery is also about a new relationship to her body in movement, including through walking, swimming and scuba diving: 'When I am in motion I am at ease, able to move forward mentally as well as physically. I use walking and swimming to calm my churning thoughts. My sea swims are increasingly important in relieving the non-specific low-level anxiety I often feel. The cold water shocks out any mental stress – my body suddenly has something more immediate to deal with'.
Posted by Neil Gordon-Orr at 21:54