Southwark's Burgess Park hosts one of my favourite parkruns, scene of my PB and recognised as being one of the flatter and faster courses in the London area. I've written about it here before, but recently there has been a change to the course. I went along and ran it yesterday, chasing my second sub-20 5k in three days after a good outing in the Assembly League race in Battersea Park on the preceding Thursday. I didn't make it, but can confirm this is still a good course if you are looking for a fast 5k time. 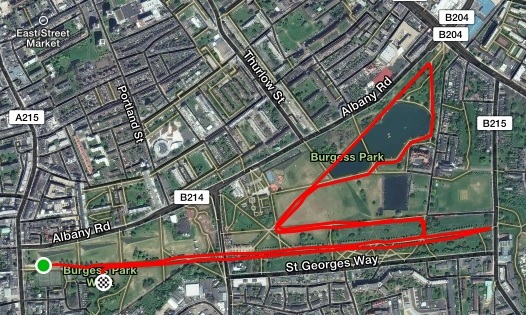 As before the course starts at the far west of the park near the Camberwell Road entrance, and heads off for a long straight before taking a turn and looping around the Burgess Park lake. The main change is that the old course used to go twice round the lake- nice and picturesque (what with its herons and all), but sometimes resulting in congestion as there would be a lot of lapping around the lake.  The new course only goes round the lake once before heading up to the far east of the park by the Trafalgar Avenue entrance.
There is a slowing hairpin turn there,  but once negotiated it's a long straight run (I think about 1.2k) from one end of the park to the other. Mentally it's quite tough, as it does seem quite a stretch, but there is nothing to slow momentum other than going down then up through the underpass that takes the path under the road at Wells Way. 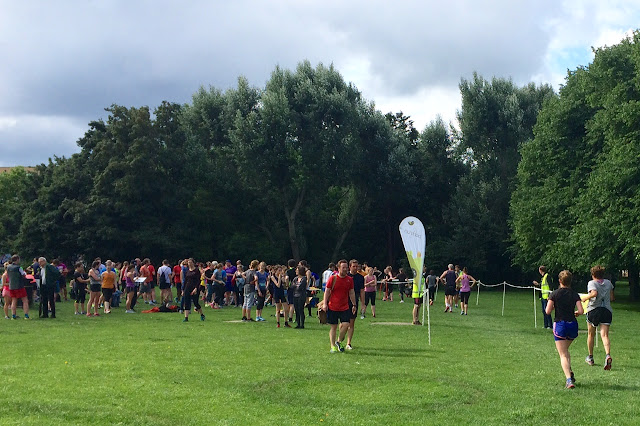 At the very end there is a sharp left turn towards the finish funnel on the grass, other than that it's tarmac all the way. The finishing line is actually within the funnel by the flag, so as the sign says make sure you 'run all the all way to the flag'. Friendly crowd and team as always, they have fresh fruit at the end for a donation. 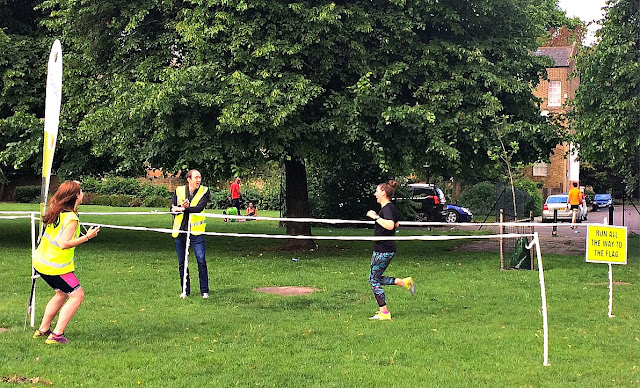