Sorry to hear that the famous Ultramaraton Caballo Blanco (also known as the Copper Canyon Ultramarathon) in Chihuahua, Mexico has been cancelled this year. The 50 mile race was started by the late Micah True in 2003, as a celebration of the long distance runner culture of the Tarahumara or Rarámuri people who live in that part of the country. It was featured in 'Born to Run: A Hidden Tribe, Superathletes, and the Greatest Race the World Has Never Seen' (2009) by Christopher McDougall, and has attracted some of the best ultra-runners from around the world - including of course Scott Jurek.

Runners were already gathering for this year's race when it was announced last night that it would not be taking place. Reports on facebook and in the Mexican press state that it was linked to armed conflict involving criminal gangs in the Sierra Tarahumara area - two people were killed close to the course last week, and a local police commander was kidnapped.

Sadly Mexico has become increasingly dominated by the violence of drug cartels, often linked to corrupt police and state officials - a fact highlighted by the disappearance and presumed murder of 43 students in the southern city of Iguala last September. The students seemed to have been arrested by the police and handed over to the gunmen from the Guerreros Unidos cartel. 'Drug gangs' and 'corruption' hardly covers the activities of transnational 'narco-capitalist' enterprises with factories, global distribution and deep connections in the state, and the consequences for ordinary people are devastating. 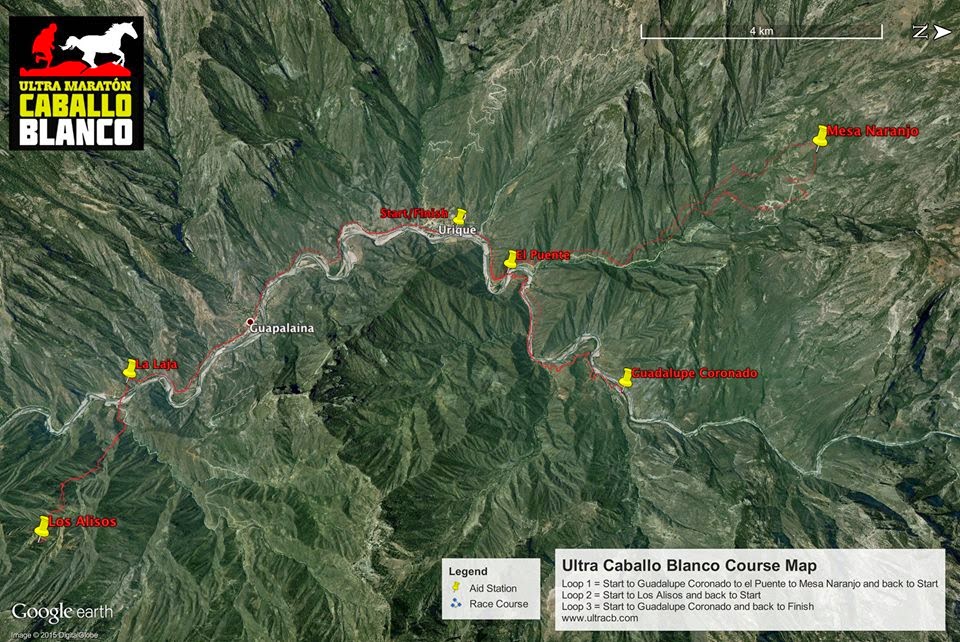 Running is such a simple, natural act that we often take for granted the underlying social and political conditions that have to be in place for a race to take place. One of these is the  basic peace, safety and security that allows a group of people to run without fear of somebody involved being shot. The cancellation of this year's Caballo Blanco is hopefully only a temporary set-back - the race will be back.  Even if the direct risk to runners may not have been great, the organisers could hardly take chances. But the right to live without fear of armed violence is one that is denied to many people in Mexico, and elsewhere.

In a statement the run organisers say: 'We encourage everyone to run this week in support of peace, in the Copper Canyons and all over the world'. They also note that: 'Because of the race cancelation we were unable to distribute the corn to Raramuri finishers as was traditional. However, we are working together with Norawas de Raramuri [charity] to arrange fair distribution of this corn to the Raramuri villages that have participated in the event before'.
Posted by Unknown at 19:28