Winter Solstice 2015: running in with the sun

In London the sun rose at 8:04 am this morning on the Winter Solstice, marking the turning point in the year when the days start getting longer. I marked this seasonal festival with a run at a stone circle in Hilly Fields, a South East London park I have run round hundreds of times during Hilly Fields parkrun and training sessions. 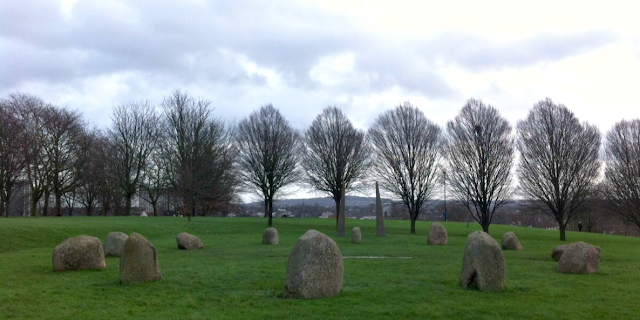 The monument, made up of 12 boulders, a central flatstone, and two standing stones forming a gate outside the circle, is not as ancient as it looks. In fact it was built in 2000, with the grantite boulders being transported to the site from Mount Struie in the Caledonian Mountains, and the other stones being quarried at Weydale, Caithness at the north east tip of Scotland.

But the relationship between stone, soil, grass, tree and sky is as real there as at any ancient megalithic monument, and people have been gathering there to mark the seasons since it opened. This morning there were a couple of drummers welcoming the sun and a handful of other sunrise watchers. I did a clockwise circuit of the park (about 3k), starting and finishing in the middle of the circle, and coming back in via the stone pillar gate which faces east towards the sunrise. If I was running in with the sun it didn't actually show its face on this cloudy morning, though the sky did brighten shortly afterwards.

It was noted that the gps map of my run generated the shape of a mushroom [insert dubious theory about Hilly Fields as cult centre of fly agaric chomping shamans!] 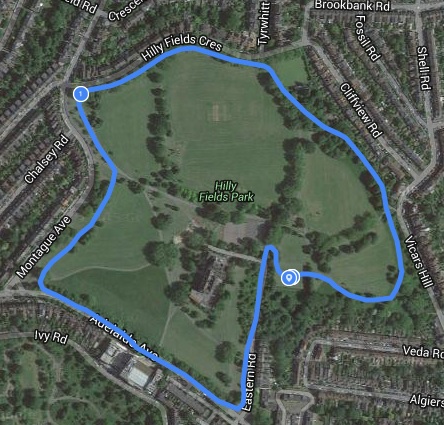 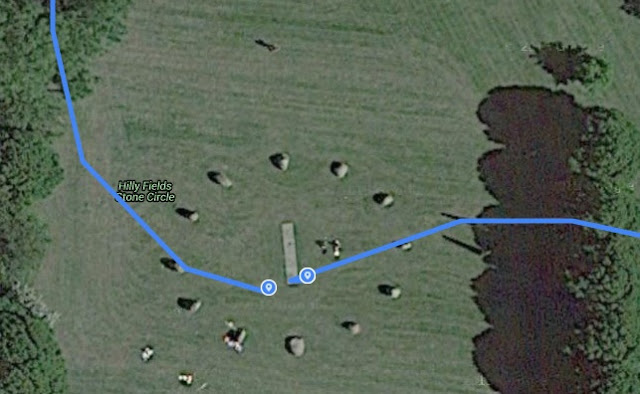