How to get in the football team - just run!

The more I have got into running the more I have come to appreciate its critical role in so many other sports. In some ways it is the ur-sport, the original contest that underlies all the rest. Humans have always run, and the game of who can run furthest or fastest must have existed long before most other sports were codified. More than that the ability to run fast, and sustain that speed over a long game (even if only in short bursts) is a key skill in everything from football to tennis: the ability to run after a ball or away from an opponent. In cricket points are even labelled 'runs' and a 'home run' is a high point of baseball. That is one of the reasons why many suspect that doping is probably as widespread in some of these sports as in track & field, it just hasn't been tested for so extensively.

Anyway in  'A Death in the Family' by Karl Ove Knausgaard, the first volume of his epic fictionalised autobiography 'My Struggle', the Norwegian author recalls how his recognition of all this helped him impress his school football coach and get promoted to the senior team:

'Many people could not understand why I was playing with them. I was no good, after all. There were at least six, perhaps even seven or eight players in the junior team who were better than me... I understood why...

All that autumn I had run a lot and was in such good shape that I had been selected to represent the school in the 1500 meters even though I had never done any track or field events before. So when it was my turn to train with the seniors on the snow-covered shale pitch near Kjota, I knew I had to run. It was my only chance. I ran and ran. In every sprint up the pitch I came first. I gave everything I had every time. When we started to play it was the same: I ran and ran, ran for everything all the time. I ran like someone possessed, and after three sessions of that I knew that I was promoted and I was not surprised. But the others in the junior team were. Whenever I failed to control the ball, whenever I made a bad pass, they let me know, what the hell are you doing in the seniors? Why did they pick you?

I knew why, it because I ran. You just had to run'. 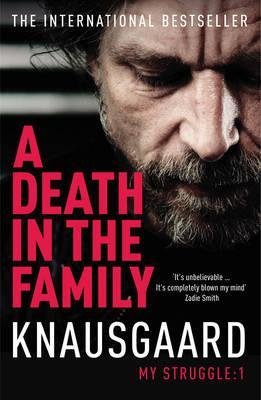 Jack Kerouac running down a mountain
'These forms who hasten by' - runners on the Pilgrims Way, 1920s
'You just had to run' - Karl Ove Knausgaard
Morrissey - List of the Lost
Burns Night Running Thoughts
Running in the Railway Children
A Midsummer Night's Running
Running to Paradise - W B Yeats
The Sky of a Saturday Morning - John Updike
The Road is a Strange Country - Rebecca Solnit
The Runner - W H Auden
Once a Runner - John L Parker jr
Louisa May Alcott - 'A Joy to Run'