Ireland 1 Italy 0... no not last night, in June 1994 I was in Paros, Greece watching the same result in a bar - celebrations all round after Ray Houghton's 11th minute goal. With no England, Scotland, Wales or NI in the World Cup, Jack Charlton's Ireland were the team of choice even for many Brits. I went so far as to have a Jack Charlton 'Tiocfaidh ar la' t-shirt from my then local, the George Canning in Brixton (now Hootananny) - probably a little over enthusiastic! I might add that while my mum was born a Kelly, my Irish ancestors on her side of the family left County Cork for the Forest of Dean in the 19th century so I could not really claim to be entitled to support the team, but as a third claim for me after England or Scotland (who I could represent in sports if I was any good) I felt it was OK. 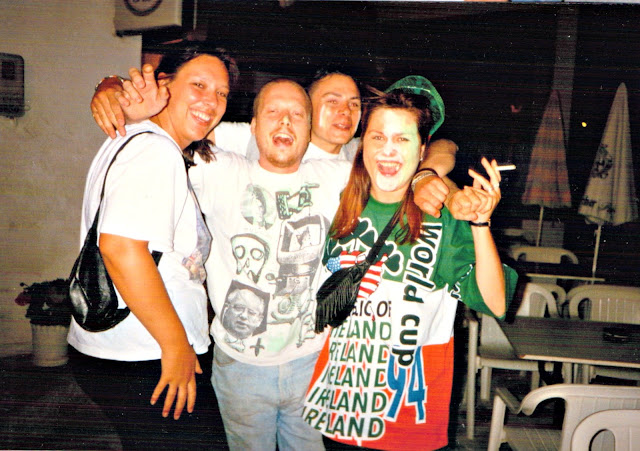 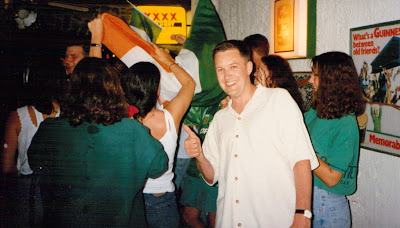 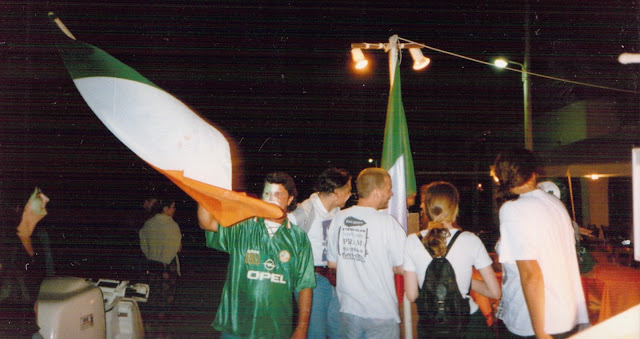 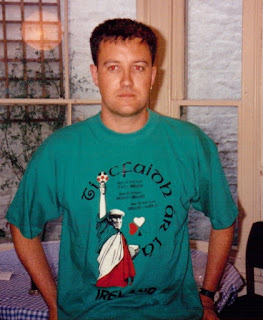 On what was a night of joyous celebrations for Ireland supporters around the world there was also an infamous massacre. At the Heights Bar in Loughinisland, County Down, people were watching the match on TV when Ulster Volunteer Force gunmen walked in and opened fire with assault rifles, killing six people. The dead were Adrian Rogan (34), Malcolm Jenkinson (52), Barney Greene (87), Daniel McCreanor (59), Patrick O'Hare (35) and Eamon Byrne (39) - pictured below. A report published by the Police Ombudsman for Northern Ireland earlier this month concluded that there had been collusion between police officers and the killers.

There were many terrible killings on all sides during that period, but the slaughter of people just enjoying a football match in a bar has not been forgotten. When Ireland played Italy at Euro 2012, 18 years to the day since the massacre, Ireland players wore black armbands. And on the night of this week's Ireland v Italy match, relatives gathered once again in the Heights Bar. 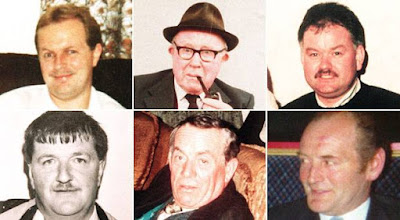